Declan Donnelly must well and truly be feeling the love from all his fans after the past couple of weeks.

He was showered with praise and support after flying solo on Saturday Night Takeaway for the first time in 30 years as a presenter.

And, as he took to the stage for the final of the series, once again without his partner and best pal, Ant McPartlin, good will was all around him.

A consummate professional, Dec stormed last night's show in Florida, with no hint of the nerves and apprehension viewers clocked at the beginning of last week's episode.

He warmly thanked everyone at home for the love and support they had shown throughout the series, just as the credits rolled.

And now it's emerged that he opened up to the British crowd the ITV show had flown out to America, admitting that it had been "fun" but "tinged with sadness".

Here’s a beautiful mention from Dec after tonight’s #SaturdayNightTakeaway asking the audience to give applause to Ant. pic.twitter.com/j2CkDyBJUo

He then asked the audience for a round of applause for Ant, "who is back at home".

Ant has currently stepped away from TV work, to concentrate on recuperating his health after being charged with drink-driving last month. 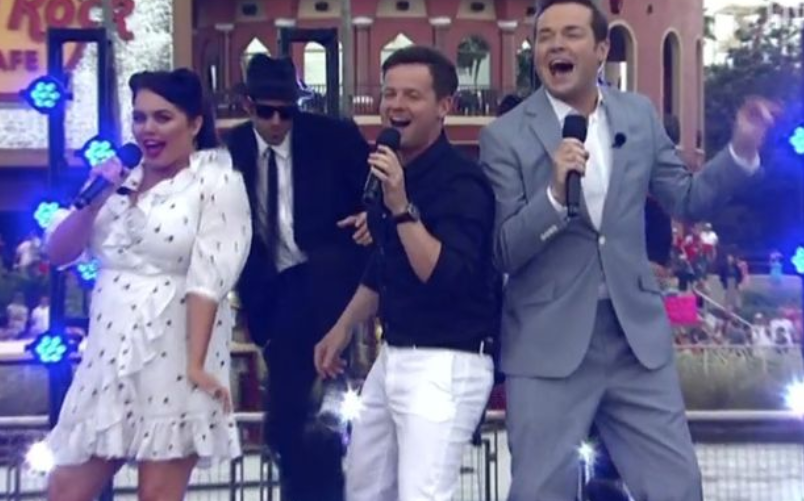 Everybody needs somebody to love... (Credit: ITV)

He opened the show by showing off his singing and dancing skills, delighting viewers with his rendition of Everybody Needs Somebody To Love while accompanied by a Blues Brothers tribute act.

Dec also had the audience laughing as he joked it "literally just started to rain" during the live broadcast.

Ant made a brief appearance in a pre-recorded comedy sketch for the show called Saturday Knight Takeaway.

The American pop-rock duo performed their classic hit and Friends theme tune I’ll Be There For You in an interactive segment, which saw three viewers in different locations in the UK tasked with filling in the missing words. 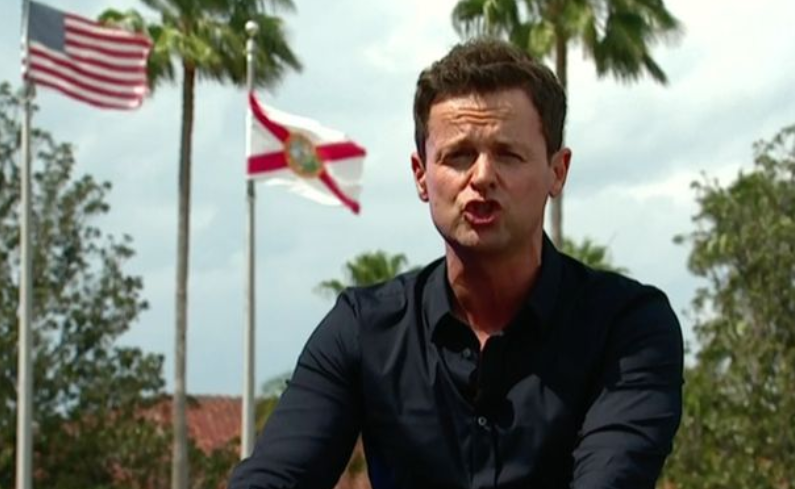 Dec admitted the show had been tinged with sadness (Credit: ITV)

Dec made a humorous guest appearance during Jason’s performance at the end of the show, joining him on stage clad in a colourful conga-style costume and showing off his moves.

Did you enjoy the finale of Takeaway? Leave us a comment on our Facebook page @EntertainmentDailyFix and let us know what you think!