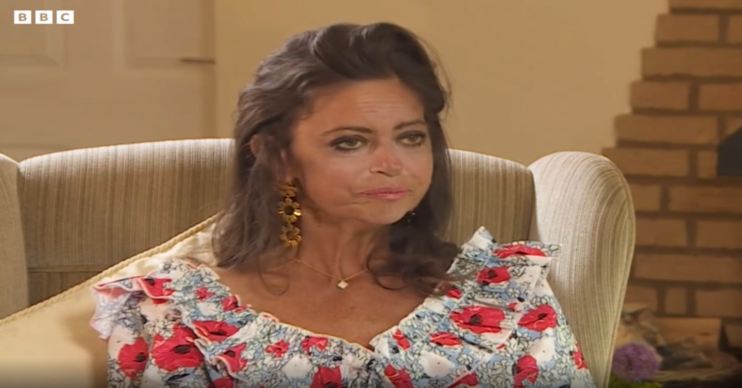 Deborah James has said she wants to die at her parents’ house as she nears the end of her heartbreaking cancer battle.

The mum-of-two, 40, known as Bowel Babe, made the statement in her final You, Me and the Big C podcast.

The fearless campaigner was diagnosed with bowel cancer in 2016.

But in a devastating post on Monday (May 9), Deborah revealed her body could “no longer continue”.

The star told her listeners she wanted to die at her parents’ house so her family home in London could remain free from the “medical equipment scars” for her children.

As a result, the presenter also told her listeners how she desperately wanted “more life”.

Signing off in the final show, she said: “That’s it from me, I can’t believe it. We’ll see each other again. Until then, please, please, just enjoy life because it’s so precious. All I want right now is more time and more life.”

The presenter’s podcast was released amid the fantastic news her BowelBabe fund for Cancer Research had reached more than £2 million.

And so before I died, the one thing I knew I wanted to do was set up a fund that can continue working on some of the things that gave me life, such as the innovative drug studies.

Speaking to the BBC on Tuesday, in what’s expected to be her last TV interview, Deborah said: “Ultimately, what I really want to happen is I don’t want any other Deborahs to have to go through this.

“And so before I died, the one thing I knew I wanted to do was set up a fund that can continue working on some of the things that gave me life, such as the innovative drug studies.”

Revealing how “utterly loved” she felt after the donations, Deborah said: “It feels like we’re all in it at the end together.”

“I cannot thank people enough for their generosity, it means so much to me,” she said, close to tears.

The star added: “We need to show cancer who’s boss.”

The star’s campaigning was celebrated by Lorraine Kelly who interviewed Deborah for the programme’s No Butts campaign.

Revealing she had visited her friend in hospital, she spoke about what an inspiration she was and encouraged people to donate.

Meanwhile, Adele Roberts who is also battling bowel cancer, said she had donated and praised Deborah for her bravery.

Send your love to Deborah and her family on our Facebook page @EntertainmentDailyFix.