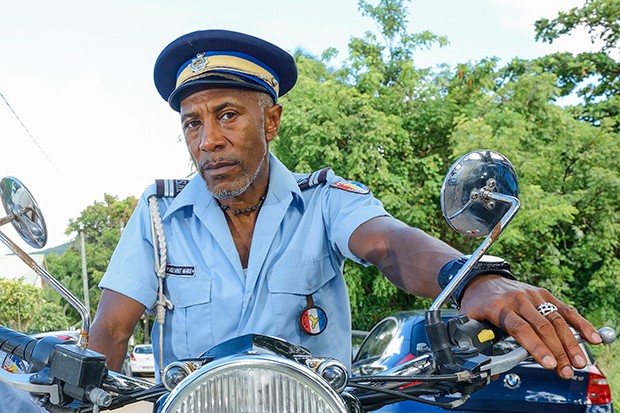 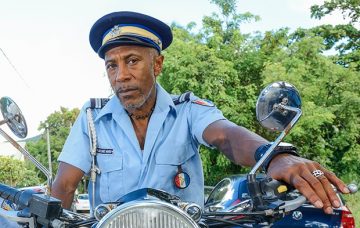 Where has Danny John-Jules' character gone?

Death In Paradise has returned without one of its leading characters – and fans aren’t happy about it.

Last night (Thursday 10 January), the BBC’s tropical detective series kicked off its eighth series and millions of viewers tuned in.

But many were upset to discover that Danny John-Jules’ character Dwayne Myers was missing.

Policeman and sidekick Dwayne had been on the show since the very first episode in 2011 – until now.

Fans watching demanded to know where he’d gone, with one tweeting: “Where did Dwayne Myers go??”

#DeathInParadise has lost something that balanced it out!

Ok this is the final straw ! Officer Dwayne Myers no longer in #DeathInParadise ? This is akin to the end of the world ! #appalled #disgusted

Just found out that next season of #deathinparadise will be minus @DannyJohnJules . Utterly bereft – Dwayne Myers nas been one of top TV characters and Danny really developed this role. Will @lizbourgine be my sole reason to keep watching??

Another said: “#DeathInParadise has lost something that balanced it out! Oh yeah… It’s missing @DannyJohnJules and his portrayal of Office Dwayne Myers.”

A third was seriously miffed, blasting: “Ok this is the final straw ! Officer Dwayne Myers no longer in #DeathInParadise ? This is akin to the end of the world ! #appalled #disgusted.”

“Not too sure how I feel about #DeathInParadise without @DannyJohnJules , you gotta love dwayne Myers , please come back soon,” said another.

In fact, it wasn’t long before the scriptwriters explained his absence, telling us that Dwayne had left to go on a trip with his dad.

Last year, Danny announced he had quit the show, before he took part in Strictly Come Dancing.

Production company Red Planet Pictures said the actor wanted to leave the show “on a high”, while Danny said in an interview with TV Times: “I left Death In Paradise because I wanted to get back on stage. I needed a bit more razzmatazz in my life, and then along came Strictly!”

He then teased a spin-off, saying: “I’d actually like to do a Death In Paradise spin-off with Dwayne, even if it were just a one-off special. I have an idea…”

Danny spent seven years filming the drama in Guadeloupe, with his two young children Danté and Danaè playing minor roles in the show as Jackson and Elize.

With all due respect. Please do not ask me to comment on DIP👮🏾‍♀️ or ‘The Dancing Show’🕺🏾The @BBC have a @bbcpress office for that. And they have all the answers …… allegedly ….. Thank You 🙏🏾

In a cryptic tweet sent today (Friday 11 January), outspoken Danny tweeted: “With all due respect. Please do not ask me to comment on DIP or ‘The Dancing Show’. The @BBC have a @bbcpress office for that. And they have all the answers …… allegedly ….. Thank You.”

Red Dwarf actor Danny was among the celeb line-up in the most recent series of Strictly.

But his time on the show was turbulent, and he found himself embroiled in accusations of bullying that he and even his pro dance partner Amy Dowden – who was at the centre of it all – firmly denied.

After becoming the seventh celebrity to be eliminated, Danny was absent from a scheduled appearance on spin-off show It Takes Two, leaving a tearful Amy alone on the sofa.

Will you miss Dwayne on Death In Paradise? Leave us a comment on our Facebook page @EntertainmentDailyFix and let us know what you think!