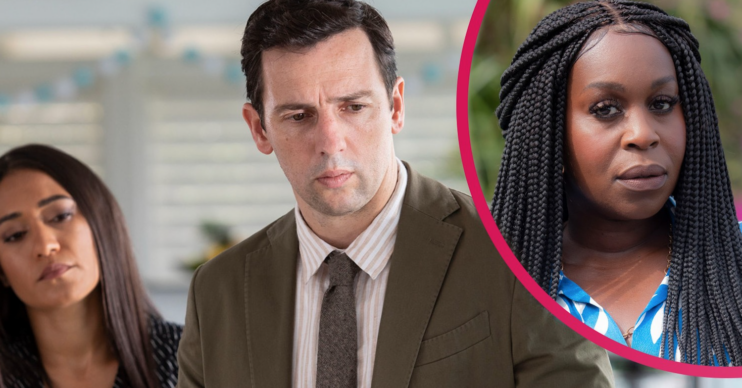 Death In Paradise series 11: Who are the guest stars in episode 1?

The Death In Paradise procession of guest stars begins!

Series 11 of Death In Paradise is upon us and there’s a new set of mysteries for Neville Parker (Ralf Little) and his team to uncover.

And, as ever with DiP, the new series welcomes a whole host of guest stars.

So who’s in episode one of series 11? Here’s everything you need to know.

Youngster Karise plays Clarissa Taylor, who is kidnapped by an unknown assailant at the start of the episode.

Karise is just starting out on her career, and has appeared in recent Sky crime drama Wolf, as well as comedy series Enterprice.

That told the story of two young entrepreneurs who start their own home delivery business.

Gabriel, 35, has appeared briefly in James Bond movie Skyfall as a mercenary, and also in Holby City for an episode.

But EastEnders will recognise the 42-year-old from her time in Walford as Naomi Julien.

A nurse pal of Sonia, Naomi lives with Dot and Jim Branning. She soon shares a kiss with Sonia, and becomes embroiled in a pill-stealing scandal at the local surgery.

In 2014, Petra also appeared in Holby City as Adele Effanga – a healthcare assistant who was left fighting for her life after an attempt on her life.

And the actor has appeared in one of the biggest shows on the planet.

Before we get to Ted Lasso, the last time viewers saw Marcus on our TV screens was in the BBC daytime murder-mystery series, Father Brown.

However, his biggest role came in the Apple TV+ series, Ted Lasso.