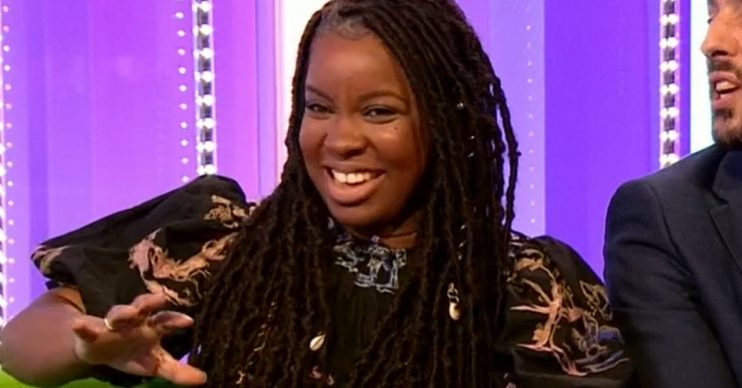 Fans of crime drama Death in Paradise were stunned to see actress Shyko Amos, who plays Ruby in the popular crime drama, looking so different to her character on The One Show.

Those familiar with the series will be used to seeing Shyko dressed in the blue shirt-and-trousers uniform of the Saint Marie police force.

She also typically wears her hair up in an afro, as she assists DI Jack Mooney – played by Ardal O’Hanlon, who is soon to be replaced in the lead role by The Royle Family’s Ralf Little – in solving murder cases.

But appearing on The One Show last night (February 5 2020) alongside her new co-star Ralf, Shyko’s glamorous appearance was a far cry from Ruby.

Another user agreed: “Exactly what we said.”

I love her in Death in Paradise, so funny.

Someone noticed how she sounded completely different too, writing: “OMG Ruby in real life is so posh! I love her in Death in Paradise, so funny @BBCOne #bbcone #TheOneShow.”

In Death in Paradise, Ruby speaks with a Caribbean lilt. But in real life, Shyko has a British accent.

Exactly what we said.

Speaking about Ralf on The One Show, she told hosts Matt Baker and Alex Jones: “It’s been amazing to have Ralf, he is brilliant and you guys are in for a treat. He really brings a new dynamic.”

Ralf, who makes his Death in Paradise debut this week, was announced as a replacement for Ardal O’Hanlon last year, following the Father Ted favourite’s decision to step down after three years on the show.

Ardal said at the time: “I’ve spent the last four summers in Guadeloupe playing DI Jack Mooney, solving over 20 murder cases in my time there.”

He went on to say the experience had been “hugely rewarding and unforgettable” but felt the time was right to “move on and explore other opportunities”.

What did you think of Shyko’s interview on The One Show? Leave us a comment on our Facebook page @EntertainmentDailyFix and let us know.