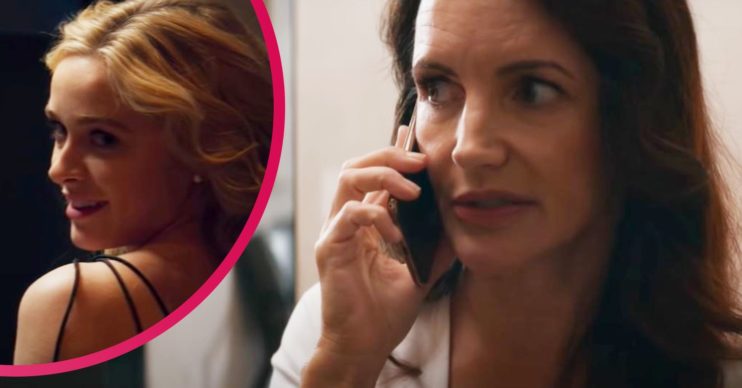 Is Deadly Illusions on Netflix worth watching? Kristin Davis heads the cast

Sex and the City actress stars in the thriller

Netflix has added Deadly Illusions to its line-up of films, but is it worth a watch?

The steamy thriller, starring Sex and the City’s Kristin Davis, arrived on the streaming platform on Thursday (March 18).

And it’s already a popular telly choice with UK viewers, as it’s climbing its way up the top 10.

But is it worth a watch? Let’s take a look at what the critics and viewers are saying about it.

What is Deadly Illusions about?

Mary is a successful murder-mystery author who, upon returning to writing after some time off, hires a nanny, Grace (Greer Grammer), to help with her children.

Read more: The One on Netflix: Book, cast, release date and other details

She appears to be the perfect babysitter, until reality and fiction start to merge as Mary imagines a steamy narrative between herself and Grace.

Deadly Illusions reviews: What are critics saying about it?

The film has a rating of just 4 out of 10 on the website IMDB.

However, she criticised the writing. Lisa said: “Too bad the screenplay doesn’t maneuver those tensions better. Somewhere coursing beneath this film is either a brilliant dark comedy or a knowing, unnerving riff about the power dynamics of two women, wary and drawn to each other.”

On a similar but perhaps more positive note, Elle‘s review called it “so bad it’s good”.

It read: “It’s so stupid that it turns on its head and becomes entertaining. The plot is thin at best and definitely confusing, but it’s creepy and enjoyable for a rainy weekend film.”

John Serba, writing for Decider, likened it to Basic Instinct but branded it “lukewarm”.

He said: “Deadly Illusions is a Basic Instinct-y thriller that has all manner of sex-and-skin moments that, in this post-50 Shades era, are tame as a pet bunny on sedatives. It’s all very lukewarm and faux-dirty.

“The movie is very much a connect-the-dots paint-by-numbers fill-in-the-blank thriller.”

Read more: Yes Day cast: When did Jennifer Garner split from Ben Affleck and how old are their children?

Gary also said the movie “fully flies off the rails” towards the end, in a “flurry of poorly staged and edited violence”.

What are Netflix viewers saying about Deadly Illusions?

Viewers so far don’t appear to be too keen on Deadly Illusions.

On Twitter, a number have expressed confusion over the plot. Some have even called it the worst film they have ever seen.

One said: “Uh what a waste of time watching #DeadlyIllusions, I CRINGED.”

A second tweeted: “The worst movie ever, wtf #DeadlyIllusions.”

A third asked: “Can you turn off a movie with only nine mins remaining? This is… terrible.”

Uh what a waste of time watching #DeadlyIllusions I CRINGED

The worst movie ever wtf #DeadlyIllusions

Who is Margaret?! can you turn off a movie with only 9 mins remaining? This is…terrible #DeadlyIllusions

“#DeadlyIllusions is the most weirdest film I’ve ever watched, honestly,” said a fourth.

Someone else tweeted: “This is literally the worst movie that has ever been made #DeadlyIllusions.”

One confused viewer asked: “Can SOMEONE explain to me what the plot of #DeadlyIllusions was on Netflix? Your girl is LOST.”

#DeadlyIllusions is the most weirdest film I’ve ever watched honestly

can SOMEONE explain to me what the plot of #DeadlyIllusions was on Netflix? your girl is LOST.

– Deadly Illusions is available to watch now on Netflix

Will you be watching it to make up your own mind? Leave us a comment on our Facebook page @EntertainmentDailyFix and let us know.