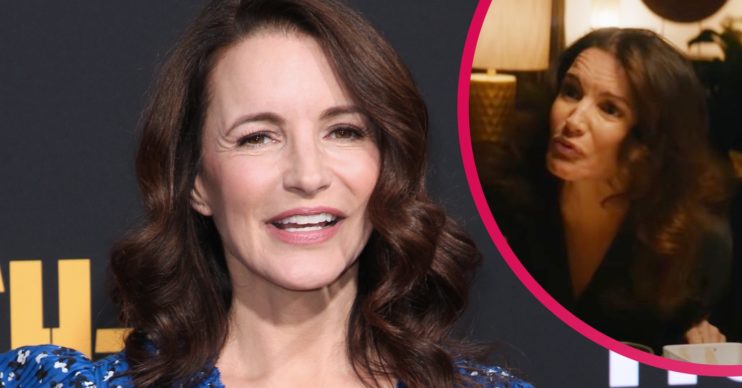 It shot into Netflix's top 10 despite the criticism

Deadly Illusions star Kristin Davis has responded to criticism of her new film, as fans continue to mock the Netflix movie.

Sex and the City actress Kristin, 56, stars alongside Dermot Mulroney and Greer Grammer in the streaming giant’s racy thriller.

It landed on Netflix earlier this month and quickly appeared in the top-10 most watched films and shows on the platform.

However, it was lambasted by critics and viewers alike, with some branding it the worst film they had ever seen.

Kristin responded to one negative take on Deadly Illusions after posting a snap on Instagram.

The star uploaded a picture of herself with fellow cast members Dermot Mulroney and Shanola Hampton, writing in the caption: “Thanks for watching.”

In the comments, one of her followers told her: “This movie made me uncomfortable! Only could get through half of it.”

What did fans say about the film?

Not everyone hated it, as a number of Kristin’s Instagram followers praised the movie.

One wrote: “Love seeing you in a completely different role!”

DeadlyIllusions is one of the worst movies I’ve ever seen.

Another said: “I loved! I have been thinking about for days.”

Someone else put, with a clapping emoji: “I loved the movie!”

However, the takes weren’t so positive over on Twitter, where a number of those who watched the film called it one of the worst they had ever seen.

“#DeadlyIllusions is one of the worst movies I’ve ever seen,” said one.

“This has to be the #WORST thing I’ve ever watched on #Netflix #DeadlyIllusions,” wrote a second.

Read more: Yes Day cast: When did Jennifer Garner split from Ben Affleck and how old are their children?

“This movie is SOOOO terrible omfg,” tweeted another. “The first 40 minutes were promising but that’s it #DeadlyIllusions.”

#DeadlyIllusions is one of the worst movies I’ve ever seen 😅😅😅

This movie is SOOOO terrible omfg. The first 40 min were promising but that’s it #DeadlyIllusions

What is Deadly Illusions about?

A famous murder-mystery writer, Mary returns to her work after time off and hires nanny Grace (Greer Grammer) to help her out with the kids.

However, while Grace seems like the perfect babysitter at first, the lines between reality and fiction begin to blur as Mary’s mind conjures a steamy narrative between herself and the babysitter.

– Deadly Illusions is available to watch now on Netflix

What did you think of the film? Leave us a comment on our Facebook page @EntertainmentDailyFix and let us know.