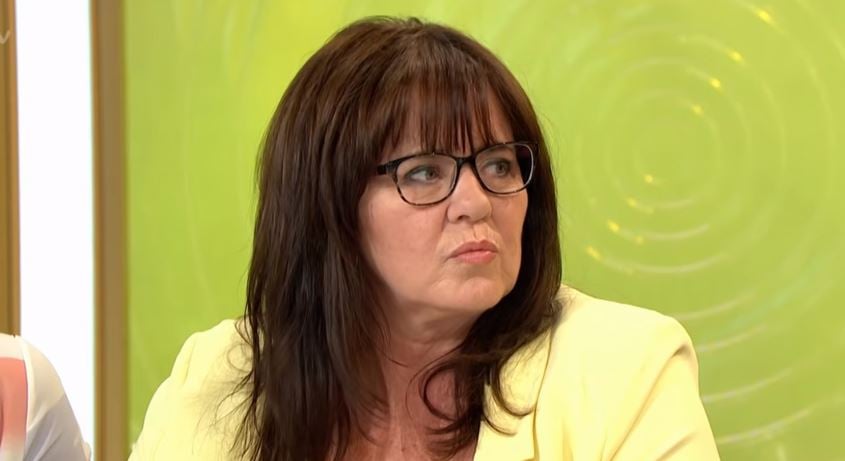 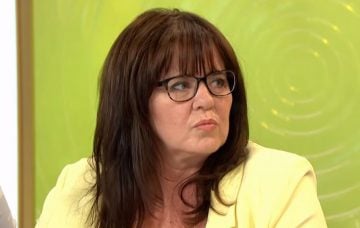 It all got very heated during their TV reunion on Wednesday

Coleen Nolan did not request for Kim Woodburn to appear on Loose Women in order to make peace, according to her representative.

A spokesperson for Coleen has issued a statement on Wednesday’s awkward episode of Loose Women which saw Coleen and Kim clashing on air before Kim stormed off set in tears.

Kim, 76, has claimed she was invited to appear on Loose Women because Coleen wanted to bury the hatchet after a falling out on Celebrity Big Brother last year.

But a rep for Coleen, 53, has now said: “For clarity – Coleen did not ask for Kim Woodburn to come on the show nor ask to be reunited with her – Loose Women organised the show.

“Coleen has no say in their choice of guests. 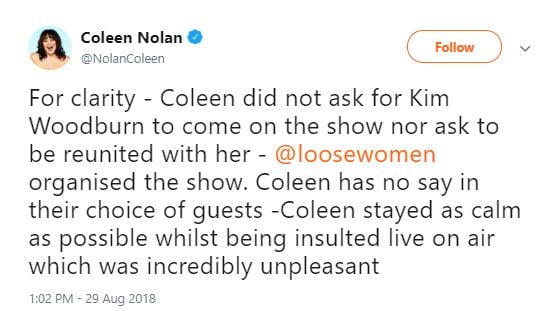 Kim said: “I was ambushed, it was disgusting. It was like a circus and I was there for some cruel entertainment. I want Coleen and her sister fired.”

Kim acknowledged the staff behind the scenes on Loose Women “couldn’t have been more kind” to her and she was a fan of the show, but said she was upset at how the events on Wednesday panned out.

As well as issuing a statement on Twitter, Coleen’s rep also retweeted a comment that read: “Go @NolanColeen keeping her dignity whilst under attack by #KimWoodburn on #loosewoman.”

The account also retweeted a comment from Coleen’s son Shane which read: “Well in @NolanColeen , showed what a woman you are. @loosewomen absolutely brilliant TV. #kimisvile.”

Coleen had said on Loose Women she felt Kim came into Big Brother with a game plan to look like a victim.

She claimed Kim “just wanted to have a go at people all the time”, calling her “antagonistic” and wanting rows. “I didn’t tell you how vile you were from day one which I should have done,” added Coleen, “You’re horrible and self-centered.”