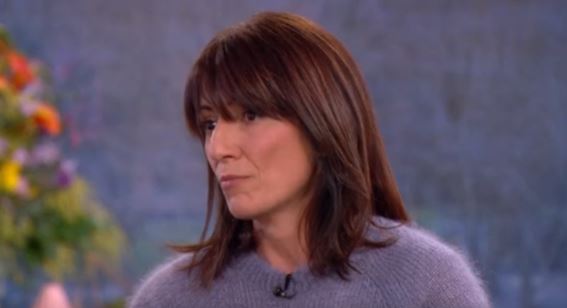 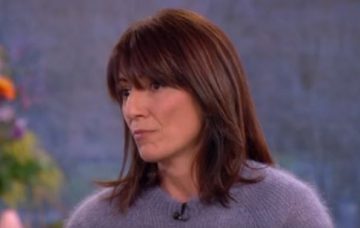 Good on you, Davina

Davina McCall has vowed she will NEVER discuss her split from husband Matthew Robertson in public.

The television presenter ended her 17-year marriage to Matthew in November.

But appearing on today’s This Morning, she made it clear that Holly and Phil wouldn’t be getting any further details on the split.

Davina pre-empted any questioning on her break-up by bringing it up first, saying she understood Holly and Phil would want to quiz her and appreciated if they didn’t ask her any questions viewers would wonder why.

So by bringing it up first, Davina was able to say her piece and move on.

She said: “Just for the record, for our kids’ sake, Matthew and I have both decided we are never going to talk about this.

“We have three kids, who are quite grown up, and we just don’t want to talk about it in the public eye, so that’s what we are doing.”

Davina also touched on that message about loneliness which she posted to Instagram on Christmas Day, admitting she’d been “naïve” to think people wouldn’t link her message to her divorce.

She had shared a video on December 25 urging everyone to remember those who would be alone over Christmas.

It led to fans assuming Davina was spending the festive season alone following her split from Matthew.

However, she said: “I have done that before [spoken about loneliness]. I guess naïvely I hadn’t really kind of thought of the assumptions that would be made from making that video..

“I do always think about single people or people who are alone on those big days like Valentine’s Day or Christmas Day or New Year’s Eve, when you’re supposed to be having the best time ever.

“You look at Instagram, everyone having the best time ever – and probably lying.

“It can be an incredibly lonely time even if you’re with a big group of people. I thought I’d just make a quick message and people took it as a cry for help.

“I wasn’t on my own. Matthew and I decided for the kids’ sake we would be together for Christmas.”

Davina and Matthew – who have children aged 16, 14 and eleven – announced their split in November.

In a statement at the time, Davina said: “I am very sad to say that Matthew and I have separated.

“Our amazing children are our number one priority, above everything else so therefore we ask for as much space and respect from the media as possible while our family goes through this difficult time.”