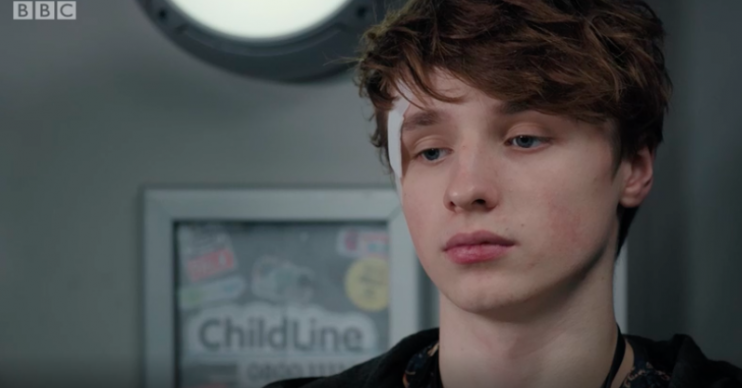 The young actor appeared in the BBC medical drama.

David Tennant’s son Ty is now a television actor, thanks to his debut on Saturday night’s Casualty.

The 17-year-old appeared on the latest episode as Aaron on the medical drama.

And his mum, fellow actress Georgia Tennant, was bursting with pride as she posted about her son’s acting on Twitter.

She wrote: “I am so proud of Ty Tennant tonight on BBC One’s Casualty. He was so good they didn’t feel the need to crush him to death in a lift shaft…”

I am so proud of #tytennant tonight in @BBCOne #Casualty. He was so good they didn’t feel the need to crush him to death in a lift shaft… #bitternotbitter #deadkitten @TristanGemmill

Georgia’s funny tweet was referencing her own role in Casualty.

She had previously played the character Heather Whitefield, who was killed off just two episodes in after becoming trapped under a burning lift shaft.

Ty’s character was a teenage boy who feels a wrath of guilt when his father becomes paralysed breaking his back after trying to build a music studio in their garden.

He then found himself in hospital after suffering an injury following a seizure on his birthday.

David Tennant is Ty’s adoptive father. He revealed in 2012 that he’d adopted him after David’s wife Georgia had raised him as a single mum up to the start of their relationship.

He told Absolute Radio: “My baby is almost a year old and I adopted my wife’s boy last year as well so I became a father twice in six months – that’s got to be something of a record hasn’t it?”

He proudly accompanied Ty at the London Premiere of Tolkien on Friday night.

Ty is playing the “young Christopher Wiseman” in the J.R.R. Tolkien biopic.

David and Georgia have three additional children to Ty – Olive, Wilfred and Doris.

Did you catch Ty’s Casualty debut? Let us know what you thought on our Facebook page @EntertainmentDailyFix.