David Cameron appeared to suggest on This Morning that his family was almost left homeless after the 2016 EU Referendum.

On today's (19.09.19) episode, the former prime minister was on with his wife Samantha to talk about the political turmoil that followed Britain's vote to leave the European Union three years ago. 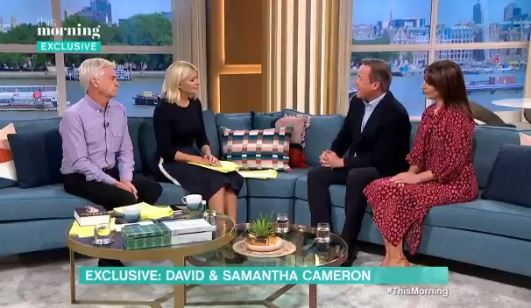 David has a new memoir out (Credit: ITV)

He spoke about their surprise at having to leave Downing Street in just a few days, after stepping down as leader of the Conservatives, and praised his "brilliant" wife for "finding somewhere for [the family] to go".

Samantha was brilliant at getting us moved out, finding somewhere for us to go.

David told co-hosts Phillip Schofield and Holly Willoughby: "I didn't expect to leave Downing Street so quickly, I thought I'd have three months to steady things and start talking about the future while there was a Conservative leadership election. Of course, that collapsed so we left in just a few days.

"Samantha was brilliant at getting us moved out, finding somewhere for us to go and keeping the family sorted. It was all pretty quick." 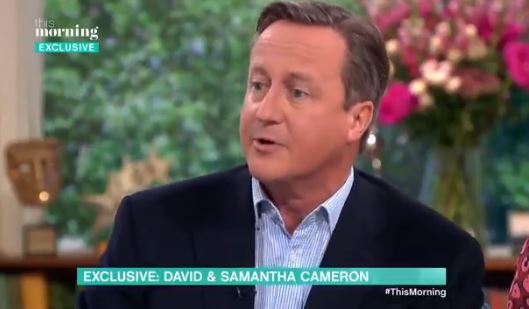 Samantha agreed: "It was, it was super speedy. We knew we would be leaving but it but [we thought we would have] a couple of months.

"Maybe it was good that it happened really quickly. You've just got to get on with it."

On Twitter, viewers weren't impressed that David - who has a net worth of £40m, as reported by the Express - seemed to suggest that the family came close to being homeless. 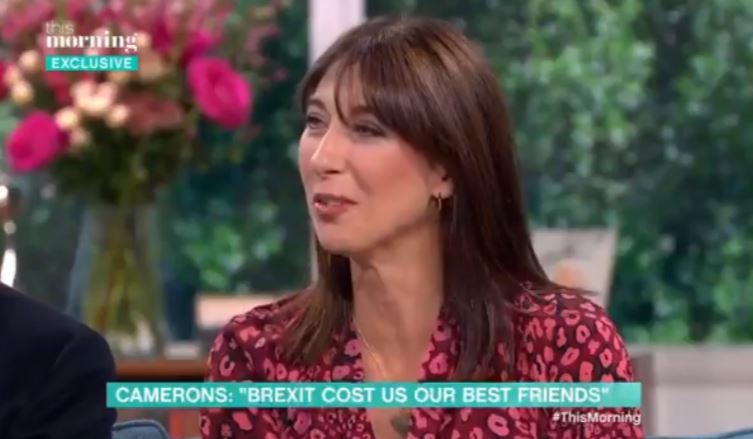 Samantha revealed her surprise at having to move out of Downing Street so quickly (Credit: ITV)

One said: "#ThisMorning for God's sake, he sold us down the river and wasn't left homeless, he has let the dust die down and now wants to make some money."

Another wrote: "Cameron almost suggesting he could have been homeless, LOL #ThisMorning."