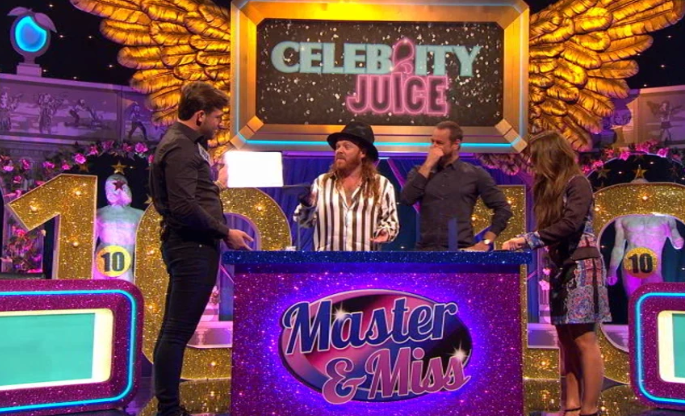 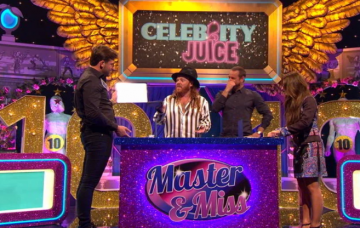 Some conversations parents should NEVER have with their kids!

Danny Dyer took things very close to the bone when he appeared on Celebrity Juice alongside his daughter Dani and Jack Fincham.

The EastEnders star grilled his daughter on the Love Island couple’s sex life… questions no one should ever be asked by their parents or (sort of) in laws.

In a Mr and Mrs-style game, Danny asked Dani: “To the nearest minute, on average, how long does it take Jack to shoot his bolt?”

In the end, Dani wrote down that Jack lasted 15 minutes, while Jack said that it was “10 minutes or so”.

“10 minutes or so is 15 minutes, so a point to your team,” host Keith Lemon interjected.

Read more: Who’s rumoured to be going in this year’s I’m A Celebrity?

And there was worse… Danny also questioned Jack on what Dani calls her “lady parts”.

Jack quipped that he “ain’t seen it”.

Danny responded with: “Good answer, well done, congratulations. I like to think they’re called ‘out of bounds’ but I know they’re not.”

Viewers lapped up the awkwardness of it all…

Watching @CelebJuice from last night and im in tears😂 Dani and Jack are goals, Danny with thet drawf😂😂

In other Danny news, it has been announced today that he has signed up to appear in Nativity! The Musical.

He will join comic Jo Brand in a London run of the show.

Danny, who recently won a Best Soap Actor award with TV Choice, will play The Hollywood Producer and Brand will appear as The Critic.

They will both appear at the London run of the production at the Eventim Apollo, in Hammersmith, in December.