Danielle Lloyd has said she worried about her sons after nearly dying from a botched boob job.

The star lost six pints of blood and was rushed to hospital to undergo a "major transfusion" after one of her breasts exploded.

During an appearance on Lorraine on Thursday, Danielle said wouldn't undergo surgery again because she doesn't want to risk not seeing her sons grow up. 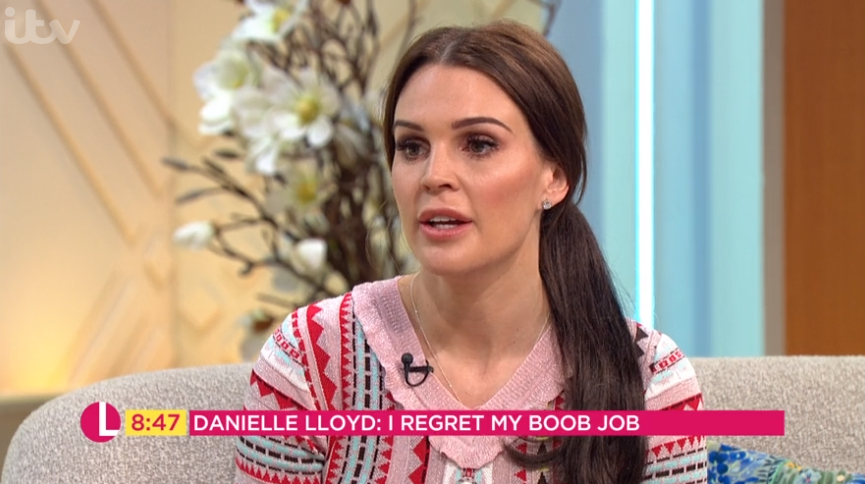 Recalling her terrifying ordeal, Danielle told stand-in host Christine Lampard: "My breasts started to swell - they were literally the size of my head. I had a little nick on the side of my left breast and it had got infected.

"I woke up one morning in a pool of gunky blood - it was the most terrifying thing ever.

"They needed to get the implant out. As they took the implant out, they found a massive blood clot and I started to bleed to death. I needed a major blood transfusion. It was touch and go - I didn't know whether I was going to make it." 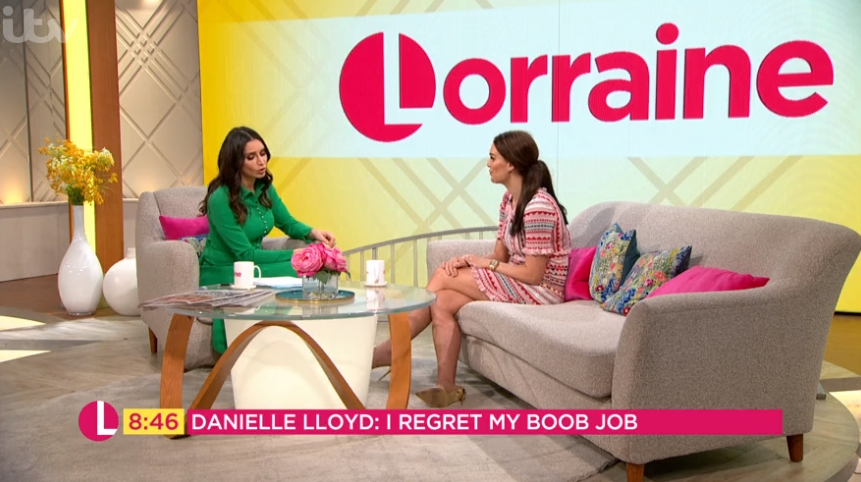 She continued: "I want to educate young girls into knowing that you are putting your life at risk if you have these operations and I regret every single day messing with my body.

"Obviously when that happened to me I had two children, now I've got four and I think, why would I want to put my life at risk and not see them grow up?"

However, Danielle said she still wants to undergo more surgery but just "non-invasive" procedures - which is when no break in the skin is created and is usually safer than open surgery.

I still like to go and get my tummy tightened because I've had four children.

She said: "Obviously there's non-invasive stuff people can get, I still like to go and get my tummy tightened because I've had four children, but that's not going to kill me.

"But going into surgery that are not non-invasive is putting your life in danger." Danielle said she regrets having the boob job (Credit: ITV)

At the end of last year, Danielle revealed she hopes to have twins this year through controversial gender selection treatment.

Danielle said it would be a "dream come true" if she manages to successfully have two female embryos implanted.

She told Closer magazine: "Next year, if all goes to plan, I'll have my baby girl. And as there's an increased chance of twins with IVF, we might end up with twin daughters next Christmas." 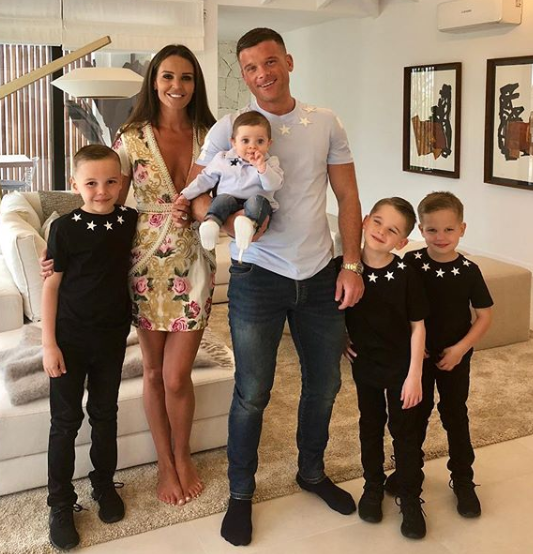 Danielle defended her decision to have the procedure (Credit: Instagram @missdlloyd)

Defending her decision, Danielle told The Metro in November: "Everyone is entitled to live their [life] how they want to, and if that is me getting gender selection because I want a little girl, I don’t think anyone should begrudge me [that]."

What is your view on cosmetic surgery? Leave us a comment on our Facebook page @EntertainmentDailyFix and let us know what you think.