Vanessa Bauer has been forced to pull out of tonight's Dancing On Ice after a fall.

Last week, the professional skater revealed she thought she had "broken her face" after falling face first into a wall while skating at Slough Ice Arena in Berkshire.

Vanessa, 23, said she is suffering from concussion because of the fall and won't be skating tonight with celebrity partner Perri Kiely.

While skating this week, @vanessabauer_skates had a fall and, following advice from the medics, she’s going to be resting up for a few days. Don’t worry @realperrikiely, we’ve got your back for tonight! #DancingOnIce

In a video shared to the Dancing On Ice Instagram page, Vanessa said: "Hey guys, you can see on my Instagram that I banged my head against a wall whilst I was skating last week.

"I feel completely fine. However, medics have advised me to take the week off performing so I'm gutted that I can't perform in the group numbers this weekend.

Medics have advised me to take the week off performing.

"However, I wish Perri and everyone else a massive good luck for the show. I can't wait to watch it and we'll be back next week with an amazing number."

She added to The Sun: "While I haven't broken my face, I have a concussion which should all be fine with a few days rest and I'll be fighting fit for next week. Perri and I have a great routine which we can't wait to reveal."

It seems Perri will still skate as the post was captioned: "While skating this week, @vanessabauer_skates had a fall and, following advice from the medics, she’s going to be resting up for a few days.

"Don’t worry @realperrikiely, we’ve got your back for tonight!"

She captioned the post: "THAT just happened. I literally thought I broke my face. It started off so well lol.. good thing I know how to stop, not. At least @theicecapture caught it so you’re welcome guys."

During the first show last weekend, Perri and Vanessa were at the top of the leaderboard with 27.5 out of 40. 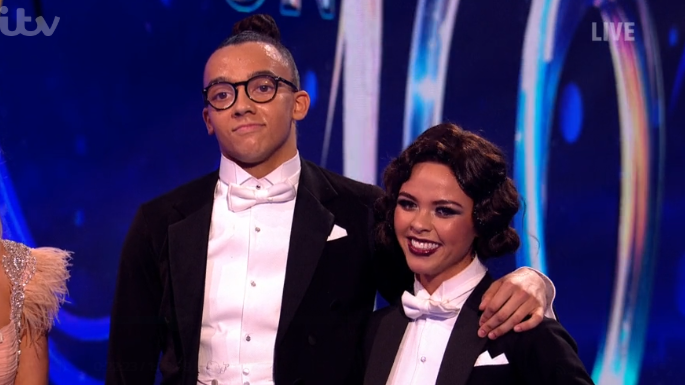 Perri and Vanessa were at the top of the leaderboard with 27.5 (Credit: ITV)

He received a seven out of 10 from his Diversity co-star Ashley Banjo.

"You make things look too easy, there's a lot of technicality. But you need to perform it as well."