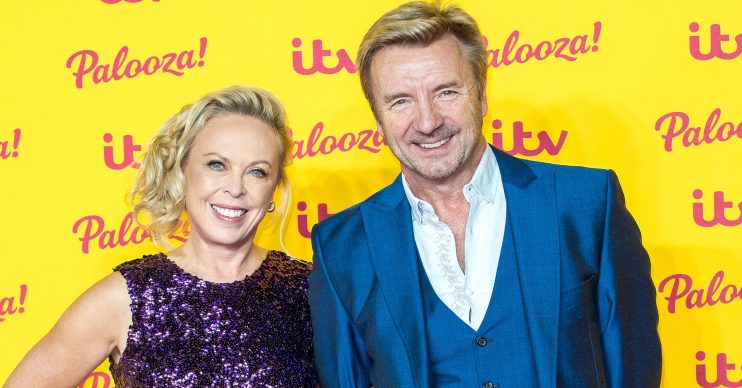 They said they don't try to be nice when giving feedback

Earlier this year, Gemma accused Jason of ‘body-shaming’ and ‘bullying’ her when she was on the show after he likened her to a “refrigerator” – something he later insisted was a “light-hearted joke”.

Now, judges Jayne and Chris have said they don’t try to be nice when giving feedback to the stars but they “just have always been”.

Speaking at the Dancing On Ice press launch earlier this month, Jayne said: “I don’t think I have ever called anyone fat but I wouldn’t do that on TV.

“I don’t think we try to be nice, I think we just have always been.”

I don’t think we try to be nice, I think we just have always been.

Chris added: “Everybody measures what you say, and that is etiquette. PC is very PC nowadays. So it is more difficult.”

Speaking about new judge John Barrowman, who is taking over Jason’s spot on the judging panel for the new series next month, Chris said: “John is sort of veracious, funny, very mischievous.

“But at the same time, he was in the first series, so he has been a competitor on the show.

“He is a showman, he brings all those qualities to judging … but he will be strict.”

Earlier this year, Jason likened Gemma to a fridge during an appearance on This Morning.

When asked how he felt about Gemma returning to the ice, Jason said: “Oh who? I thought that was a refrigerator. I don’t hold a grudge, I don’t really know the woman.”

Gemma was hurt by his comments and took to Instagram to accuse him of “bullying” her.

Jason later cleared up his remarks, saying during an appearance on Heart Radio: “It was really to do with the GC part of it, because she has this alter ego – you know, self-proclaimed GC and it’s really interesting.

“And every time I hear it, it makes me think of a white goods appliance. I was trying to make light of it really and just have some levity with it and because what I don’t like to do is constantly make this anything that it isn’t.”