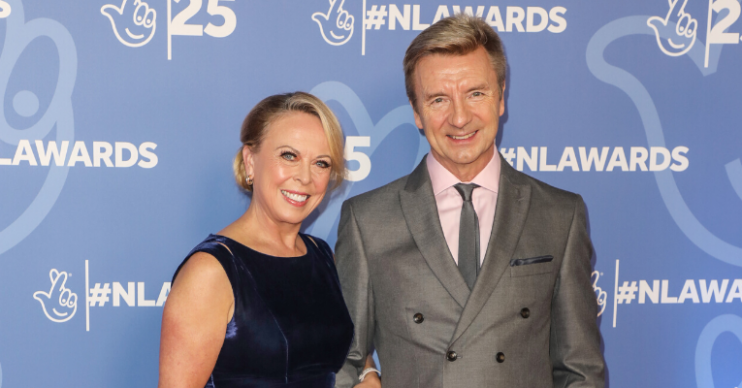 Dancing on Ice‘s Torvill and Dean have had their say on the drama between Caprice and Hamish Gaman that led to her shock departure from the show.

Caprice danced just one routine with pro dancer Hamish, before it was announced the pair were going their separate ways and she was given her new partner was Oscar Peter.

She then went on to leave the show for the sake of her ‘mental wellbeing‘ amidst rumours of bullying in both camps.

Ice skating icons Jayne Torvill and Chris Dean have spoken out about what they think went on.

Speaking to The Mirror, Chris, 61, said: “It was information passed on to us. It just sounded like they weren’t getting on. Caprice wanted to stay in the competition and that was the only way they could resolve it. So that’s what the producers decided to do.”

He added: “Everyone was, to begin with, asking, ‘What’s happening?’

“But now everybody’s really concentrating on their own performance and what they have to do.”

Jayne, 62, said that sometimes these things happen, telling the news outlet: “Mostly partnerships do have to get on. When you bring it to the ice, there has to be equal respect and trust.

“And so you have to make that work. And in partnerships where that doesn’t happen, they don’t last that long in the competitive world.”

According to The Sun, a source said: “Caprice began to belittle and disrespect Hamish very quickly after their first training sessions began.

“She would mock him in front of the Dancing On Ice crew with comments such as, ‘you skate like a girl’ and ‘be more manly – you’re more feminine than me.'”