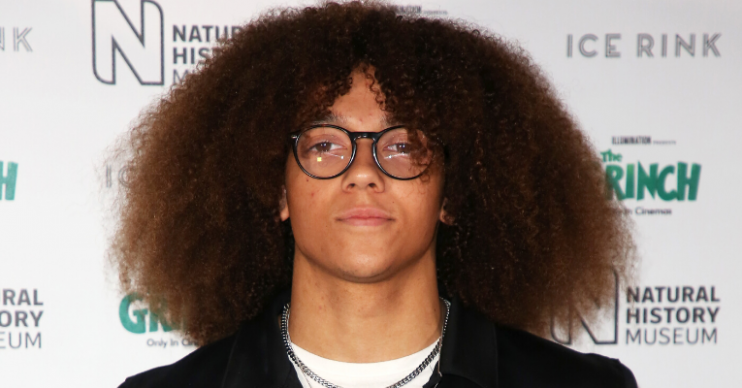 Dancer is the fave to win for many DOI fans

One of the Dancing On Ice stars Perri Kiely has revealed he’s so superstitious that he does rituals before he performs on the show.

Although he has admitted he does it, the Diversity star won’t say exactly what it is he does in case he ‘jinxes’ himself.

Speaking to Sun Online, he said: “They’re there every week. I couldn’t have it any other way because I’m super superstitious so now if they’re not there I think it will go terribly wrong.

“I have so many superstitions, and most of them I can’t say because I’m superstitious if I tell someone then it breaks it. Vanessa keeps asking me to tell her what they are, but I refuse to do it.

Vanessa keeps asking me to tell her what they are, but I refuse to do it.

“I’ve got so many in my head. Before I go on stage before shows I’m touching things three times.”

And it seems to be working out for him seeing as last week the 24-year-old scored the first perfect 40 of this year’s series.

The dancer got very emotional in the semi-final, which saw him on a solo skate first off, which left him second on the leaderboard after he didn’t impress the judges as much as fellow contestant Libby Clegg.

Read more: Dancing On Ice stars ‘have given up hope of beating Perri Kiely and winning the show’

But he pulled it back massively with his second dance. Giving an emotive performance to the balcony theme from Romeo and Juliet, it was clear that the song was important to him.

However, his second, moving and emotive performance to a song that is personal to him – the balcony theme from Romeo and Juliet, had fans at home in tears.

Perri was almost in tears when he was told his perfect 40 score – and so was judge Ashely Banjo.

As he praised his pal, his voice cracked when he told him he was proud of the man he’d become.

Christopher Dean, who has been booed the week before for being the only judge who didn’t give Perri a 10, said that he’d wanted to give him 11.

Perri spoke about how special the song and the performance had been to him, he was choking on his words and holding back the tears.

Who do you think will win this year’s Dancing On Ice? Share your thoughts with us on our Facebook page @EntertainmentDailyFix.