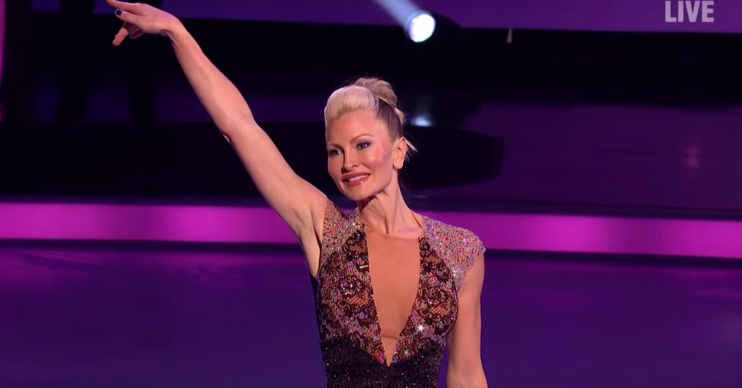 He can see where they were coming from

Pro skater Matt Evers has spoken up for Caprice after the US model was booed by some audience members on Dancing On Ice last night.

Caprice, 48, was saved from the chop following a skate off with ex Blue Peter presenter Radzi Chinyanganya – but the decision wasn’t a universally popular one on Twitter.

Some furious social media users slammed the result as a ‘fix’ and Caprice, who has commanded dramatic headlines over the last week after her ‘split’ from DOI partner Hamish Gaman, also came in for criticism.

“I must’ve been watching another skate off,” complained one viewer who labelled Caprice’s performance alongside new pro Oscar Peters as “wobbly”.

Read more: UK weather forecast: Up to FIVE inches of snow predicted to fall on Tuesday

“What a joke.. Caprice? Are you serious?” tweeted another disgruntled observer.

And a third person, who slammed the decision as a “carve up”, claimed: “Judges running scared to send Caprice home!”

I think it was probably the right decision for the skate off.

However, rink rival Matt Evers – who partners Ian ‘H from Steps’ Watkins in the current series – has defended controversial Caprice.

Reflecting on why he thinks she has failed to win over viewers, Matt told Heart.co.uk: “With Caprice, it was the change in professional partners, they’ve only had a few days together so it takes a long time to build that chemistry.

Read more: Thomas Markle ‘vows everything will come out’ in Meghan court battle

“That’s what the judges picked up on in their marks and then all the stuff in the press. With Caprice I think the public are not behind her at the minute, so I think it was probably the right decision for the skate off.”

Matt – who has previously been paired up with Gemma Collins for the ITV series – also indicated there is a duty to ‘protect’ celebs who are out of their comfort zone, especially if drama begins to unfold away from the ice.

Noting DOI is first and foremost a piece of entertainment, he said: “With all my partners for the past 12 seasons I try to keep them in a protective bubble because it can take away from the skating. When we’re on the ice you have to be so focused and so concentrated.”

Matt also gave fans a little clue about what to expect next week as he teased he and H would be performing something slightly “obscure” during the fairytale-themed episode.