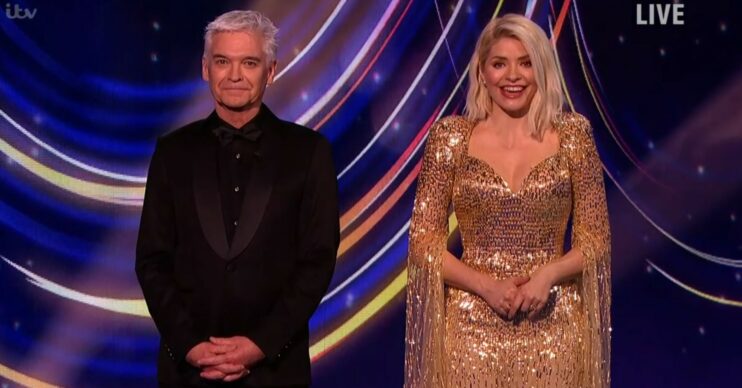 The champion has been announced

Dancing On Ice has crowned Regan Gascoigne and his pro partner Karina Manta the winner of this year’s show.

After a tense Bolero battle with Brendan Cole and his partner Vanessa Bauer, Regan was declared the champion.

He was so overwhelmed with emotion, he couldn’t even speak as he was handed his Dancing On Ice trophy.

What did fans say about Regan winning Dancing on Ice?

For once, viewers at home actually agreed with the result!

The response on social media was overwhelmingly supportive of Regan’s win.

A third added: “Well done Regan, a true new celebrity for us.”

Massive huge well done to @regangascoigne and @KarinaMantras you both 1000000% deserved to win dancing on ice. Both of your skating was flawless❤️❤️ #DancingOnIce #winner #Dancing

He said he’d loved the whole experience and was so grateful to have been partnered with Vanessa.

The dancer said he would miss performing on the show, but joked his body wouldn’t miss all the training and he was looking forward to a rest!

Who finished third on Dancing On Ice?

It was the highest scoring final ever with Kimberly Wyatt, Regan Gascoigne and Brendan Cole all scoring 80 out of 80 for their first two skates.

After a showcase plus their favourite skate of the series it was time for the final three to become two.

Holly and Phil then announced that Regan and Brendan were the ones who were going on to skate the famous Bolero. The vote left Kimberly finishing in third place.

The Pussycat Doll was tearful as she thanked everyone for making the show so special.

Phil revealed they had recorded her performance of Bolero and fans could see it on This Morning tomorrow.

What did you think of the result? Leave us a comment on our Facebook page @EntertainmentDailyFix and let us know what you think.