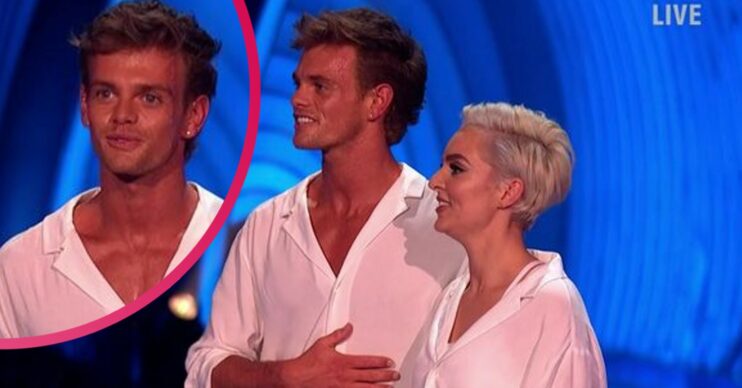 Dancing On Ice viewers have declared who they want to win the 2022 series – Regan Gascoigne.

The son of former pro footballer Paul Gascoigne, Regan, took to the ice with his professional skating partner Karina Manta.

His performance immediately impressed the Dancing On Ice judges, and viewers at home were equally taken by his prowess on the ice.

The judges were so impressed they told him that his first-week performance was the best ever.

“Regan Gascoigne, by far the best performance of the night, possibly the series,” said one viewer.

Read more: Dancing On Ice contestants 2022: All the stars taking part in this year’s series

I looked up from the tv and thought Regan was a professional and I was watching a professional dance routine. Best skate for week one ever hands down 😍 #dancingonice

Wow… feeling so emotional watching Regan and what a first performance, his dad must be in tears 👌 #DancingOnIce

A second fan gushed: “Ok Regan just absolutely hammered everyone else in the competition so far. I think that was even better than Brendan I’m sorry oh my god!!!!!!”

“Beautiful dance by Regan, everyone else might as well go home #dancingonice,” said a fifth fan.

In addition, a sixth entertained viewer added: “Oh wow that was beautiful – Regan to win!”

Lots of viewers were impressed by Regan. However, some felt as though his dance experience gave him an unfair advantage.

“#DancingOnIce Regan has got an advantage though being a dancer… but nevertheless brilliant!” said one fan.

A second insisted: “#dancingonice watching Regan and I just thought that he was too good. His thing is that he is a trained dancer – and so is Brendan [Cole] – and I think that they shouldn’t be competing here.”

Dancing On Ice returns Sunday, January 30 at 6pm on ITV and ITV Hub.