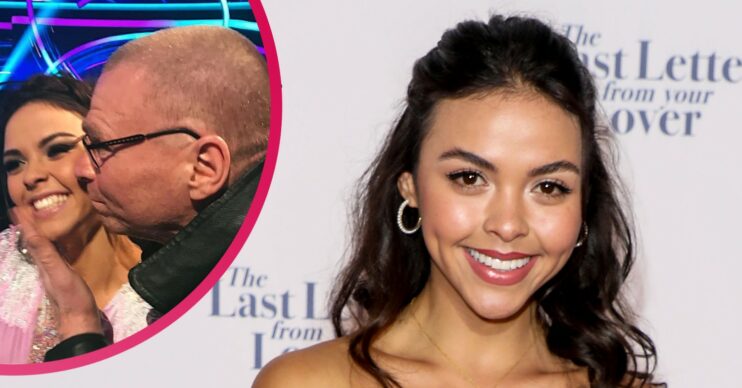 Vanessa has been holding in a secret heartache

Dancing on Ice professional Vanessa Bauer has revealed her secret heartache ahead of tonight’s finale.

The ice skater tragically lost her dad Marco last year after he passed away from cancer.

He lost his battle just before she began training for this year’s series in September.

And she has now revealed why the loss will be more difficult tonight.

“My dad died just before I started training for this series, so it was hard to focus on my job but it shows how dedicated I am to the show,” she told The Sun.

“When I came to England I wanted to park it and get on with my job, but death doesn’t work like that. I have realised that I need to talk to people.

“My dad used to come to watch me in the final and was my biggest fan. He loved to see me perform.

“He was suffering with cancer the whole time I was on the show and that was always my motivation, to be the best I could so he’d be proud of me.

“I want to keep that mindset and hope he is still watching.

“I’ve had good support from Brendan and have realised I need to talk about it now to get over it.”

Vanessa will be hoping to take the crown tonight with celebrity partner Brendan Cole.

However fans have been left furious over the three finalists.

Many spotted that Brendan, Kimberly and Regan all have previous dance experience.

One said: “Dancing On Ice is a total fix, funny how the three finalists are professional dancers.”

Another wrote: “So three professional dancers make the final #fix.”

Dancing on Ice airs tonight at 7pm on ITV.