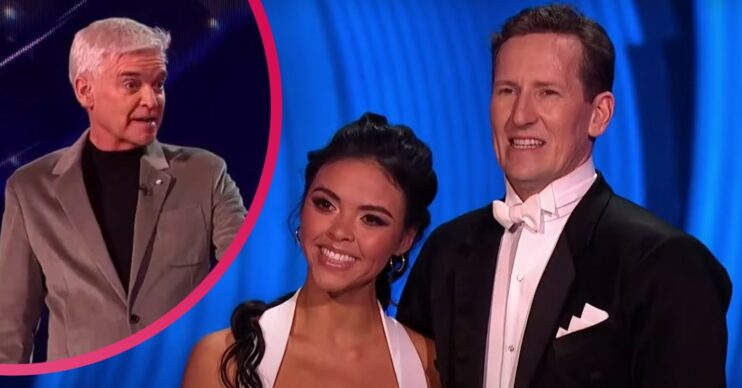 Dancing On Ice tonight: ITV issues warning ahead of semi-final

Make sure you don't miss out

Dancing On Ice fans intending to watch tonight need to be aware of a crucial detail regarding the semi-final.

A warning about the change to the ITV skating series was issued on Twitter earlier today (Sunday March 13).

However, some of the show’s most dedicated fans are already looking ahead to the final – and continue to ponder how the ‘delay’ affects the series.

Dancing On Ice tonight: What were fans reminded of?

The official DOI account gave fans a heads up that the semi-final begins at a different time to usual.

Tonight’s episode begins at the later time of 7.30pm. It normally starts at 6.30pm.

The tweet read: “Remember, we’re on at the special time of 7.30pm for one night only, so set your reminders now for an epic semi-final #DancingOnIce.”

When is the Dancing On Ice final?

Even though tonight’s semi will air at a slightly unfamiliar time, it doesn’t compare to the ‘disruption’ experienced by the final.

That’s because the final will not air next week due to the Six Nations rugby.

Instead, the DOI final for 2022 will be on the box on Sunday March 27 instead.

And viewers already have one eye on speculating how that change will affect the show and the contestants.

Responding to DOI’s tweet about tonight, one user claimed: “So that’s why there is a double elimination because there is no show next week.

“Making out it is a big twist when really it is because of the rugby!”

Who is in the semi-final?

The famous faces who have made it so far in the competition are Regan Gascoigne, Brendan Cole, Kimberly Wyatt, Connor Ball and Kye Whyte.

Regan remains the favourite to win it all, with skating partner Karina Manta.

Also appearing to perform – but not on the rink – are Westlife!

However, one star who won’t be on the show this evening is co-host Holly Willoughby.

She will not be presenting alongside Phillip Schofield after testing positive for COVID.

Read more: Dancing on Ice: The most horrific injuries in the ITV skating show’s history

However, while Stephen Mulhern recently filled in for Phil when he had to take time off due to coronavirus, it is thought Holly’s This Morning co-star may host the semi by himself.

The Dancing on Ice semi-final airs tonight on ITV, Sunday March 13, at 7.30pm.