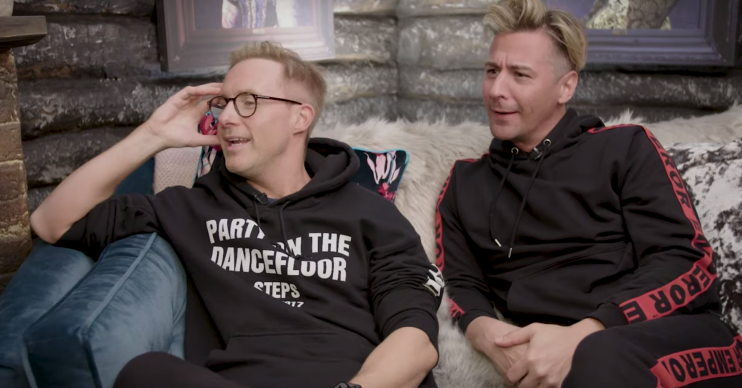 They picked up 25 points from the judges for their efforts which were soundtracked by High Hopes by Panic! At The Disco.

Their ‘historic’ moment also moved new judge John Barrowman to tears, telling H and Matt: “We’ve shown that two men can perform and skate together so now do the tricks.

And in keeping with his advice, it seems both H and Matt are keen to break new boundaries – and turn up the heat on their displays.

We have spoken to producers to see if we can make the routines a little steamier.

Speaking to The Sun Online, Matt admitted their hopes ultimately rested with the ITV show’s bosses.

“We have spoken to producers to see if we can make the routines a little steamier. Perhaps take it up a notch and add some romance,” he is reported to have said.

Read more: Jason Gardiner admits ‘this is why I left Dancing On Ice’ as he discusses new project

“It’s down to them though.”

Matt also admitted the enormous positive reaction had taken him by surprise.

He continued: “Last week we tested the waters and we were overwhelmed by the response from the viewers. Having a same sex couple on the show means so much to so many people –  I didn’t realise how huge it would be.”

Despite the almost universal praise lavished on the pair, 16 complaints were made to telly regulator Ofcom.

Matt, however, seems determined not to pay too much attention to the haters.

He tweeted in response to a report about the complaints earlier this week: “16 out of 5.5 million… the odds are in our favour.”