Not that she had anything to lose!

Dancing On Ice star Brooke Vincent has taken to social media to share her before and after body transformation pictures – but her images have left fans divided.

Along with the images of her in gym gear before and after a 12- week healthy eating and fitness drive, Brooke shared a lengthy status with her followers, telling them about how she has also quit smoking in a bid to get fit.

The Coronation Street actress told her followers: “So, here they are! The before pictures that I’ve cried about, denied that I ever looked like and wanted to delete.

“The fact is, these pictures make me feel such a certain way that I didn’t think I was brave enough to show these to friends and family, never mind the whole of social media. But mid cry one day I sat and realised the reason why, I wasn’t in the best health.”

Brooke goes on to point out that social media is full of women sharing pictures of themselves that have been air brushed, or altered with filters, when in reality they look much different. 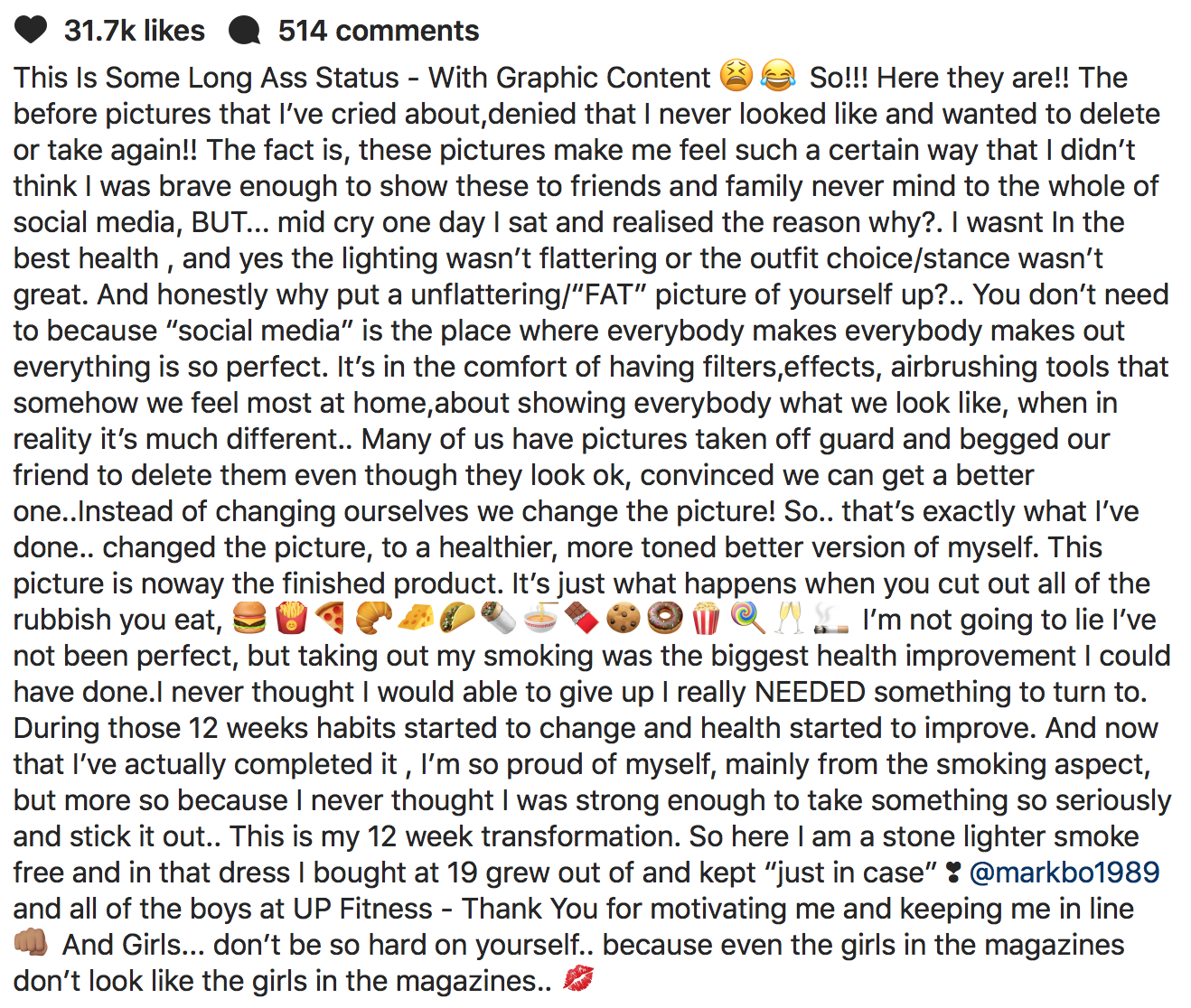 Despite the fact that the message Brooke was sending out to fans was a positive one, plus the fact that her 12-week transformation programme has clearly left her healthier, fans have been divided in their opinions.

Some followers were quick to praise the actress, calling her an inspiration and congratulating her for giving up her smoking habit.

However, after Brooke called her before image her ‘fat picture’ some fans were worried she might be sending the wrong message out to her young, teenage, followers. 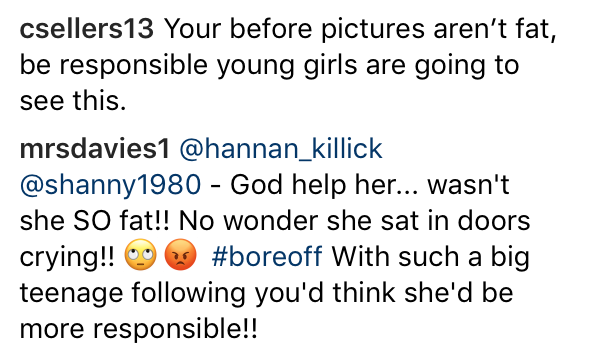 But whether fans think she was right to share the post or not, there is no denying that all Brooke’s hard work has paid off.

She revealed that not only has she lost a stone in weight, but now also fits into a dress that she bought when she was 19-years-old and had kept just in case.

With her gruelling skating rehearsals for Dancing On Ice bound to be putting her new fitness regime to the test, Brooke went on to admit that she’s enjoying her new-found love of healthy living…

“This picture is no way the finished product, it’s just what happens when you cut out all the rubbish you eat.”

Brooke has also shared pictures of her working out hard in the gym – perhaps hoping that she might inspire some of her followers to get fit, too.

As she thanked her personal trainer for keeping her on the straight and narrow, Brooke left her fans with a few words of inspiration…

Whether you agree with her before and after images or not, you have to admit – she’s got a good point!