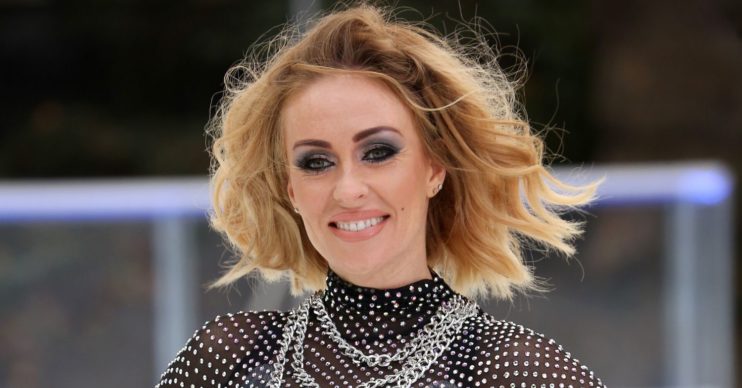 She is one of the longest-standing professionals

Professional skater Brianne Delcourt has announced she is quitting Dancing on Ice after working on the show for 10 years.

The 39-year-old has decided to step down from the hit dancing show, instead deciding to focus on family life.

She revealed the news in an interview, explaining that it was something that she had been thinking about for a while. She eventually told ITV producers a few weeks ago.

🐟 After 4 months of lockdown we finally had a family meal out. Fish’n’chips up North at the cottage. It felt so good 😊 (of course we kept our distance…) #cottagers @haliburtonlife

Read more: James Argent ‘in advanced talks to appear on Dancing on Ice’

Why is she leaving Dancing On Ice?

Speaking to Hello, she explained: “I’m 39 – 40 in February – and I’ve been on the road for so long and as a working mum, a single mum. I really had to work hard for everything on my own. The show has been a huge part of my life and part of Gracie’s too.”

Describing her meeting with producers, she said: “It was quite emotional and they knew I had to do what was right for me. They’ve been super supportive of my decision.”

The star has moved to Canada, her home country, to live with her three-year-old daughter, Gracie and fiancé Kevin Kilbane.

She met Kevin on the show, and says she will always have it to thank for that.

Brianne has worked on Dancing on Ice since 2010, making her one of its longest standing pros. She came third with Kieron Richardson, aka Ste from Hollyoaks, in her first year.

Then the following year, she won the series when she was paired with EastEnders actor Sam Attwater.

But she says she met her ‘soulmate’ Kevin when they were paired together in series 12, which first aired in January this year.

Former Everton footballer and Match of the Day pundit, Kevin, proposed to Brianne after dating for just four months.

Kevin popped the question, along with a £50,000 ring, while the couple were out for dinner at a steakhouse in the Strand.

The couple were planning their wedding for next summer. But, like many couples, due to the coronavirus pandemic, they have had to postpone their arrangements.

However, Brianne still knows just what she wants, saying that they will definitely be getting married in Ireland at a ‘dream castle’.

They managed to travel to Canada together just before travel restrictions were put into place. The family now lives in a home that overlooks Lake Ontario.