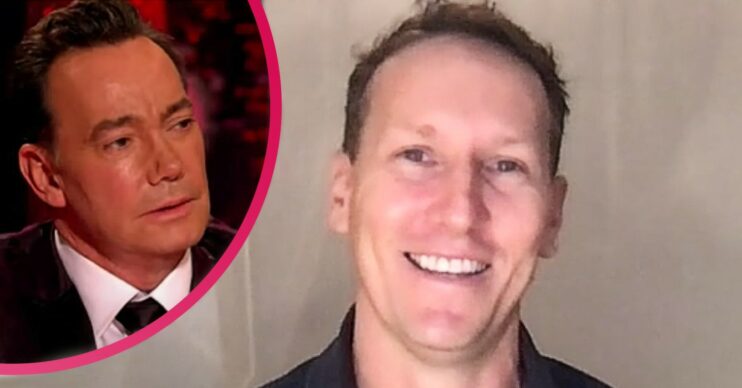 Brendan played the whole thing down

What did Brendan Cole say on Loose Women about Dancing On Ice?

Brendan, 45, was chatting to Christine Lampard, Carol McGiffin, Frankie Bridge and Brenda Edwards about his appearance in the new series of Dancing On Ice.

However, discussion soon turned to his relationship with Craig.

Read more: Dancing On Ice 2022 contestants: Who is taking part in new series?

“I got on very well with all the judges off-stage, not necessarily on-stage,” he said of his time on Strictly.

“Even Craig,” he replied. “I love Craig. Craig and I get on very well.”

Brendan Cole on Craig Revel Horwood: “I love him”

He continued: “I went to his house maybe a year-and-a-half ago for lunch.

“We always got on well. He likes to push the fact that we don’t like each other, [but] I’m not going to say that because I love him.

“Professionally we all respect each other, that’s very important, and I’ll be respecting the Dancing On Ice judges more than you know.”

What did Craig say about the reported feud?

This is at odds with the view Craig expressed recently on Kate Thornton’s podcast, White Wine Question Time.

He admitted that the pair “locked horns” and even “hated each other” in the early Strictly years.

“I invited him around two years ago to my house,” said Craig.

“[Because] I hadn’t spoken to him for years and I thought ‘wouldn’t it be nice to see Brendan, just to see if he’s working…'”