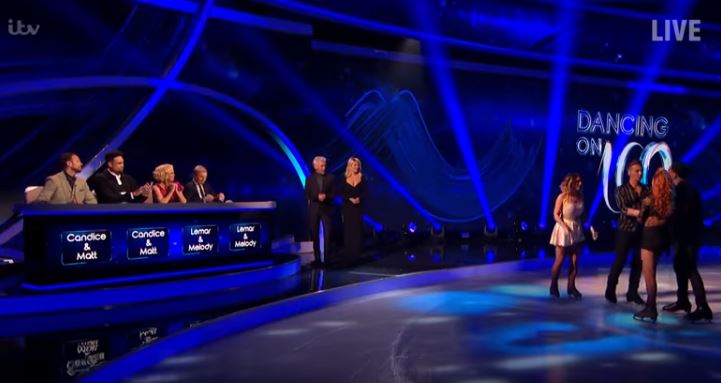 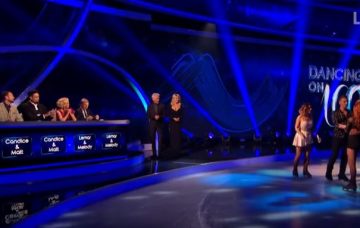 Viewers were confused by the first skate-off of the series

Some viewers weren’t happy when Great British Bake Off winner Candice Brown was sent home on Sunday night, despite two judges voting to save her and two voting to save Lemar.

Because that week’s head judge Christopher Torvill had the deciding vote and he wanted to save Lemar, that meant goodbye to Candice, despite it being a 2-2 split tied vote.

Some fans felt that was unfair on Candice and it should have reverted to the public vote, with whoever had the least public votes going home.

Others were just confused about what was going on!

Now, professional skater Dan – who is paired with Cheryl Baker – has addressed the backlash in his OK! Online column.

He said: “People were a little confused about the skate-off rules in the event of a tie-breaker. I think in that moment in time, the head judge should have the final say. That’s how it’s always been.”

Torvill and Dean are both head judges this series and will alternate each week between who gets the casting vote.

The casting vote comes into effect if it’s a split vote between the panel.

Dan praised that decision and said there was nobody better than skating sensations Torvill and Dean to pass final judgement on the celebrity routines.

And he added: “We have to respect their decision whatever it is.”

Not everyone was confused by the voting format, however, with some comparing it to Strictly Come Dancing’s judges’ votes format.

Others said the same thing had happened in previous series of Dancing On Ice.

Baker Candice took on popstar Lemar in the first skate-off of the series last weekend.

Judges Torvill and Dean chose to save Lemar, while Jason Gardiner and Ashley Banjo opted to keep Candice in the competition.

But because Christopher was that week’s head judge, his vote was the deciding one.

He said: “Candice you did do better, you were better you were stronger, but the stronger skater is Lemar, so I choose to save Lemar.”

Candice later said she’d had the time of her life on the show – even if the experience was brief.

The former PE teacher said: “I knew the show was going to be difficult, but actually it was different to anything I’ve ever done. I come from a teaching background, I love sport, I used to teach PE, so it was hard because I could understand what was being asked but in the beginning my body just wouldn’t get it.

“That was quite frustrating but I loved the development of it. I loved when things started to work. I loved that feeling of landing a lift or when Matt had a shocked look on his face because I did something well.

“It exceeded any expectations I had, I loved every second of it.”