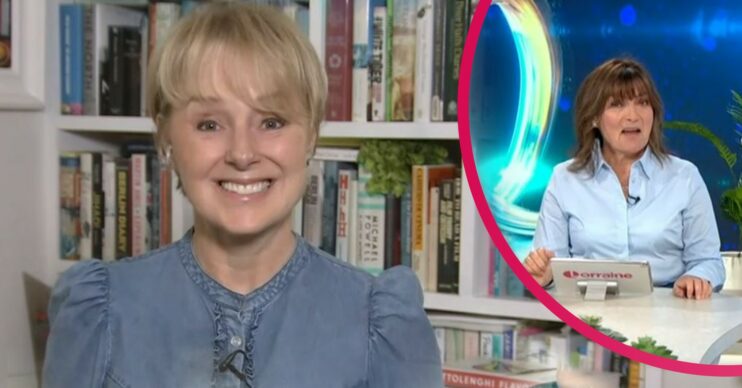 The first star for the brand new series!

Dancing On Ice has signed up Sally Dynevor as the first celebrity for the 2022 series.

Coronation Street actress Sally appeared on Monday’s Lorraine to share the news and said she hopes she’ll be good on the show.

Sally will be taking to the ice and following in the footsteps of some of her co-stars including Samia Longchambon, Faye Brookes and Lisa George.

Lorraine Kelly said: “I think you’ll be really good in this you know.”

It comes after reports claimed Sally would be doing the programme next year.

A source told The Sun: “ITV have been keen to get Sally on the ice for a number of years and she has tried out in the past, but they haven’t been able to make it work.

“She’s finally ready to do it now though and is already taking it very seriously and has been hitting the ice rink most Sundays.

“Sally is one of Corrie’s best-loved stars, her daughter Phoebe is also now a household name so the timing couldn’t be better.”

Fans of the show are thrilled to have Sally as the first contestant.

She has played the character since 1986.

When does Dancing On Ice start?

The new series of Dancing On Ice will likely begin early next year.

Read more: Sam Matterface’s connection to Dancing On Ice you may not know

Based on previous series, we could see the programme back on our screens in January 2022.