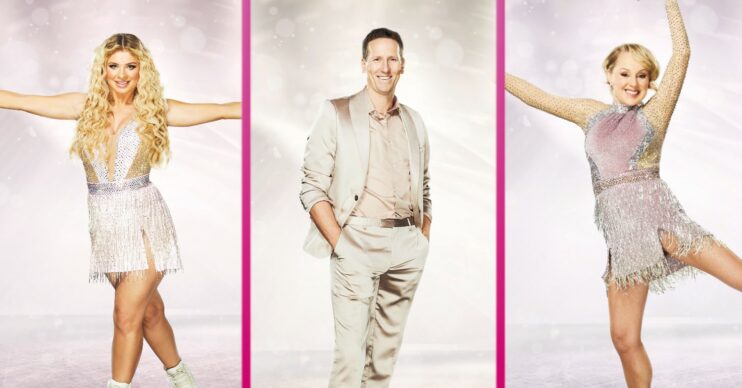 Some of the fees are eye-popping!

Dancing on Ice is one of the most dangerous shows on TV – so it’s no wonder the stars of the 2022 series can command sky-high sums to take part.

This year’s line up includes big names such as Brendan Cole and Kimberly Wyatt.

But how much are the celebs getting paid?

Here’s what we know…

Dancing On Ice stars usually expect a big pay for their efforts in taking on the ITV challenge.

However, some celebrities have claimed that the salary actually wasn’t very good.

Former contestant Cheryl Baker told The Sun: “The money is not great in my opinion.

Read more: Dancing On Ice deaths: a tribute to the stars of the ITV show we’ve loved and lost

“I’ve been training six days a week since October. If you make it to the final it is a sixth-month project, so the money isn’t much in comparison,” she added.

This could be because the show works different to ballroom dancing rival Strictly Come Dancing.

Over on the BBC, the celebs have quite the incentive to put in the hours and do well on the show – if you stay the distance the wages go up.

Dancing On Ice celebrities simply demand different fees for their appearance on the series so it’s all down to the agents’ negotiations.

Maybe Cheryl needs to change hers!

Highest paid contestant EVER on Dancing On Ice

ITV hoped that the star’ time on the show would bring in lots of viewers to the series.

However, there was a shock when Pamela was put in the skate off against Keith Chegwin and unanimously voted off by the judges.

Pamela was the first contestant to be booted off the 2013 series, which meant that her time on the show cost roughly £1,000 a second.

Because, as we mentioned earlier, the stars earn a flat fee on the show – regardless of how long they stay in the competition!

A source told the Mirror at the time: “Pammy is the biggest star we have had in years and we hoped she would pull in millions of viewers for weeks and weeks.

“We had to book first-class flights for her and source plush accommodation for months too, in case she got to the final stages.

Other than Pammy, some of the highest-paid stars to ever appear on the show include actor Sam Attwater.

The EastEnders star was reportedly paid £20,000 to appear on the show in 2014, along with Laura Hamilton and Comedy Dave.

ITV got their money’s worth out of Sam, though. He made it all the way to the final and won the show.

According to reports, Coronation Street star Steven Arnold was also given the same fee.

Not bad money when he was voted out first!

Kerry Katona was another of the highest earning celebrities and took part in 2011 with the Corrie star.

She was reportedly paid £60,000 to appear on the show and ended up being eliminated fifth.

What are the 2022 Dancing on Ice stars being paid?

The stars of Dancing On Ice don’t usually reveal their exact salaries and this year’s line-up have kept very tight-lipped over their pay cheques.

Not only that, the show also opens the door to magazine deals, endorsements and other TV shows.

Should the British public warm to them, that is!

So it’s most definitely a good career move – if a little risky given the abundance of ice and blades – signing up to the show.