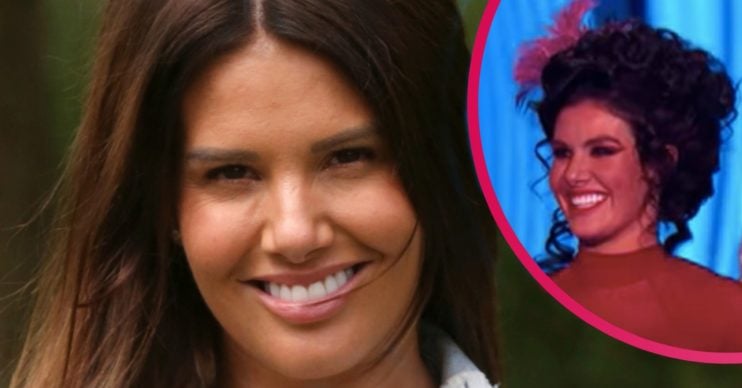 Dancing On Ice star Rebekah Vardy has revealed her absolute terror as she prepares for a dangerous new move.

The WAG and mum-of-five, 38, is currently competing on the ITV skating show.

And she has just shared that she is practicing the notorious ‘headbanger’.

This involves her ice skating pro partner swinging her round in circles – with her head just inches from the ice.

What has Rebekah Vardy said about the Dancing On Ice ‘headbanger’?

The move has such a scary name as many ice skaters have injured their heads while attempting it.

Speaking to the Sun on Sunday, Rebekah said she’s an adrenaline junkie – but this part of the routine still scares her.

Read more: Katie Price fans rally around her as she discusses her mental health

She said: “It’s petrifying, but I’m an adrenaline junkie and I trust Andy [Buchanan] completely.

“I know he would never let ­anything bad happen to me. It’s given me a vote of confidence to be able to do those things.”

What song is Rebekah Vardy performing to?

Their routine on tonight’s episode will be to the Friends theme tune I’ll Be There for You by The Rembrandts.

In the Valentine’s Day special, Rebekah and Andy will pay homage to Rachel and Ross from the classic comedy.

But apparently Rebekah has never watched the show – and so has ‘swotted up’ in preparation.

Over on her Instagram, she’s posted a hilarious face swap picture of her and Andy as the iconic television characters.

In the caption, she explained the upcoming routine as well as confirmed the headbanger.

“In the meantime here’s a badly photoshopped pic of us both @andybuchanan2.

“We’re performing the HEADBANGER tonight so make sure you tune in at 6pm on @itv to see how it goes!”

Elsewhere in her interview with The Sun, she said that she was very grateful for her time on Dancing on Ice.

She said it has helped her ‘switch off’ from what has been a very stressful few years.

The wife of footballer Jamie Vardy is still embroiled in a legal dispute with fellow WAG Coleen Rooney.

They have yet to come to an agreement, with Coleen reportedly ‘refusing’ to apologise to Rebekah.