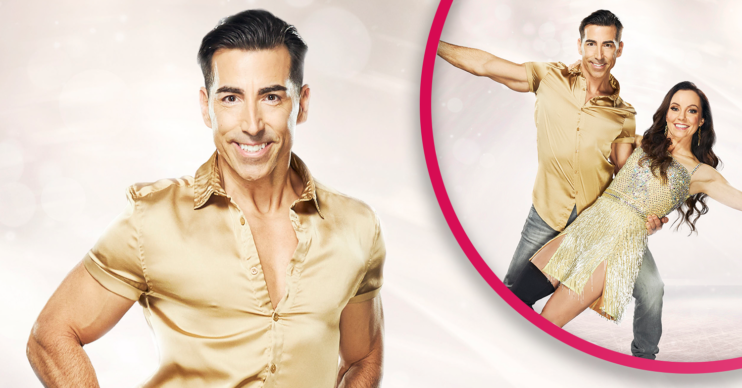 Dancing On Ice professionals: Who is Andy Buchanan and how was he injured by Rebekah Vardy?

He ended up being rushed to hospital

Hit ITV series Dancing On Ice is back with another series full of celebrities, professionals, glamour, sparkles and impressive routines on the ice.

The stars have been partnered up with the skating professionals and are all set to go.

But who is ice skating professional Andy Buchanan and how is he famous?

Dancing on Ice professionals: Who is Andy Buchanan?

His figure skating journey began at just seven years old and he even went on to become a seven times Western Canadian Champion.

He then turned pro in 1999 and played various leading roles for Disney On Ice including Simba, Tarzan and Aladdin.

He first appeared on the ITV series in 2008 where he was partnered up with Anthea Turner.

How was he injured by Rebekah Vardy?

Last year on Dancing On Ice, Andy was partnered with Rebekah Vardy.

However, during one of their practice runs, Andy suffered a horrific skating injury.

Rebekah accidentally injured Andy with the blade on her skate and he was rushed to hospital to get stitched up.

Rebekah said she felt sick to her stomach after realising she had sliced his face open with her skate.

She told the press: “That was the most horrific experience.”

At the time, Rebekah added: “I seem to be the only one who’s ended up hurting my pro, putting him in hospital. I do apologise. No, it was awful; I think I’ve just come to terms with scarring his face.”

Who is he partnered with for Dancing on Ice 2022?

This year, Andy is partnered with MBE paralympian Stefanie Reid.

The pair announced the exciting news on Andy’s Instagram.

Andy captioned it: “I’m so excited to announce my partner for this series of @dancingonice. Drumroll… @runjumpstefreid.

“I’m so happy with this partnership and I can’t wait to get started on ice!”

Who is Andy married to?

The pair first met on the rink while working on Disney on Ice.

Read more: Dancing On Ice star announces she is engaged to mystery boyfriend: ‘I am just so happy’

Since then, the sweet couple have been married for almost 14 years.

Robin started skating when she was 2twoyears old and she’s now a Dancing On Ice professional along with her husband.