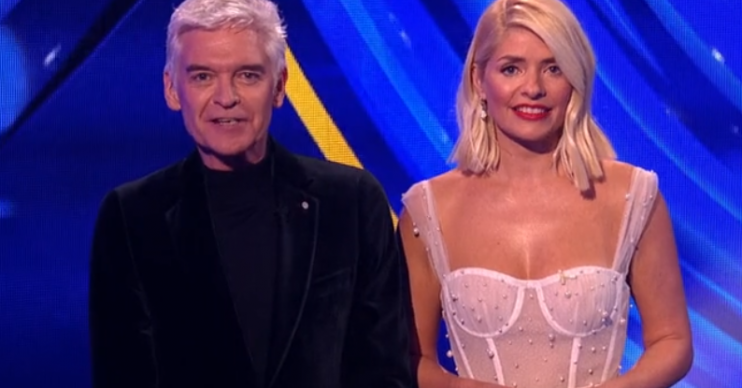 How long have they worked together?

At the end of Sunday’s (19.01.20) episode, newsreader Lucrezia Millarini and her pro partner Brendyn Hatfield performed in the skate off against former footballer Kevin Kilbane and pro Brianne Delcourt.

It was then down to judges Ashley Banjo, John Barrowman, Jayne Torvill and Christopher Dean to cast their votes and decide who goes home and who gets to skate next week.

Standing next to his co-host Holly Willoughby, Phil prompted each judge to cast their vote, but when he came to former Olympic skater Jayne he seemed to call her ‘Karen’.

Jayne has been a core member of the Dancing On Ice team since the first series aired in 2006, as has This Morning favourite Schofe, so naturally viewers on social media were both confused and in hysterics.

Another said: “@Schofe whoopsss it’s JAYNE, not ‘Karen’! Go to the bottom of the class @dancingonice #DancingOnIce.”

Did she not hear or pretend not to hear?

A third wondered, using a string of laughing-crying emojis: “Am I hearing things or in [the] skate off vote, did @Schofe call Jayne ‘Karen’?”

“Oops, Phil just called Jayne ‘Karen’. Did she not hear or pretend not to hear?” tweeted a fifth.

@Schofe whoopsss it’s JAYNE not Karen!! Go to the bottom of the class @dancingonice #DancingOnIce

Am I hearing things or in skate off vote did @Schofe call Jayne "Karen"? 😂😂😂 #DancingOnIce

Oops Phil just called Jayne Karen. Did she not hear or pretend not too hear 😂 #DancingOnIce

Elsewhere on yesterday’s episode, the judges caused a stir by awarding presenter Joe Swash just 20.5 for his performance with pro partner Alexandra Schauman.

A number of viewers felt it was much too low, while others pointed to fellow contestant Libby Clegg and claimed the Paralympian champ was being over scored because of her disability.

Others couldn’t help commenting on Holly Willoughby’s choice of garment for the episode, with a number of viewers on social media joking that the dress looked like underwear.