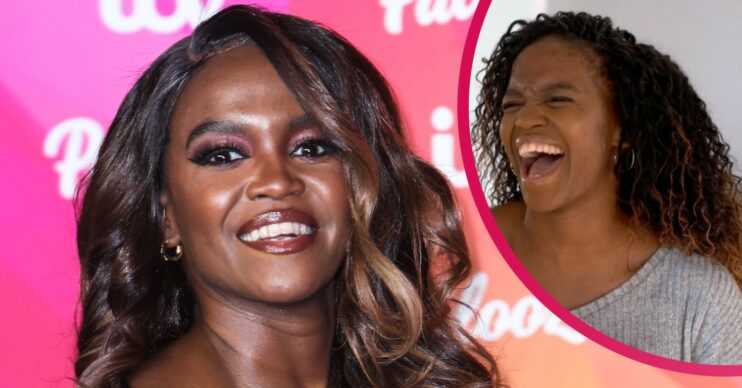 Dancing On Ice: Oti Mabuse confirmed to replace John Barrowman on as judge

She's following in her sister's footsteps

Strictly Come Dancing star Oti Mabuse IS joining Dancing On Ice, it has now been confirmed.

The professional dancer, 31, is heading to the ITV series as a judge, replacing John Barrowman on the series.

The star will sit alongside Olympic ice-skating legends Jayne Torvill and Christopher Dean as well as Diversity’s Ashley Banjo when DOI filming begins in January.

Read more: Strictly’s Oti Mabuse supported by co-stars after being hit with devastating news before Christmas

She has said: “As a professional dancer I have always had so much respect for the skating professionals on Dancing On Ice.

“It is an exceptional skill that is also so beautiful to watch.

“I’m feeling really enthusiastic about joining the panel alongside the legendary Torvill and Dean and Ashley Banjo.

“I can’t wait to see the celebrities thrive as they learn how to ice-skate and to champion the professional skaters as they create incredible choreography.

“Having been on both sides of the table, I know a little bit about how they’ll be feeling.

“It’s more than an honour and I already can’t wait to join the family.”

Two-time Strictly winner Oti hinted earlier this year that the 2021 show could be her last.

And Strictly fans speculated she may be leaving the show with her words following her exit from this year’s series alongside Ugo Monye.

She said: “I’m grateful for the show.

“To say that I work on the best show in the whole country, with the best celebrities, the best professionals, the best judges.

Celebrities taking to the ice for DOI 2022 include another Strictly star in Brendan Cole, Bez and S Club 7 singer Rachel Stevens.

Read more: Dancing On Ice 2022 contestants: Who is taking part in new series

The next series of Dancing On Ice airs on ITV in January 2022.

Leave us a comment on our Facebook page @EntertainmentDailyFix and let us know what you think of Oti Mabuse becoming a judge on Dancing On Ice.