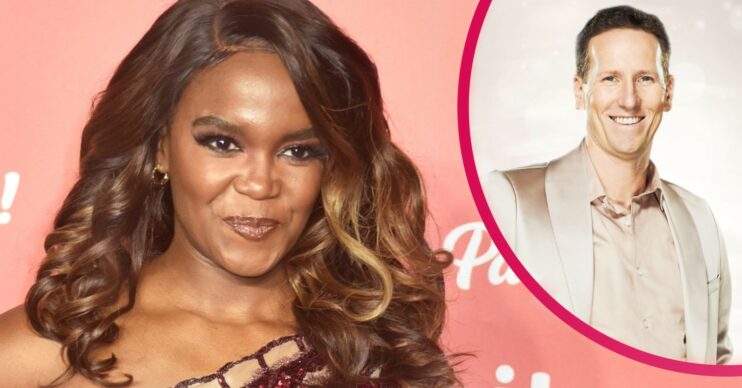 Oti Mabuse has opened up about having to judge Brendan Cole on Dancing On Ice ahead of her debut tonight.

The dancer and Brendan worked together for two years on Strictly Come Dancing.

But even though they already share a bond, Oti said she won’t be “biased”.

What did Oti Mabuse say about her Dancing On Ice role?

Speaking to The Sun, the South African dancer said: “We worked together for two years. Brendan is such a big character, but I won’t be biased.

“He’s got one of the best professional skaters in Vanessa [Bauer], so there’s this expectation that he’s going to be amazing.”

Oti went on to speak about whether she thinks Brendan will “argue” with the judges – something he did on Strictly.

She said: “I don’t think he will argue with the judges. That’s something that he did on Strictly because he was defending his partner. Now he’s the one learning the new skill.”

Oti said Brendan is “grown up and he’s gonna take [the judges’ comments] on board and try to get better”.

The 2022 series of Dancing On Ice – hosted by Holly Willoughby and Phillip Schofield – begins tonight.

Brendan admitted on Instagram this morning that he barely slept last night.

Sharing a photo of himself in bed just after 5:30am, Brendan said he has been through his routine seven times in his head.

Alongside a sticker which said the time, Brendan wrote: “Guess which @dancingonice contestant can’t sleep?

“Using my time wisely… Have just been through [the] routine in my head seven times!”

Alongside a TikTok video showing Brendan’s progression in their routine, Vanessa admitted she feels “so grateful to be partnered up” with him.

She wrote: “Todayy! B and I are skating FIRST!

“I feel so grateful to be partnered up with @brendancoleinsta and can’t wait to show you our routine!

“Hopefully all goes as planned and you enjoy it as I’m so proud of how far he has come in our months of training!”

She added: “We’re gonna give it our all and enjoy every moment of it.

“Thank you so much for your support.”

Are you excited for Dancing On Ice tonight? Leave us a comment on our Facebook page @EntertainmentDailyFix and let us know.