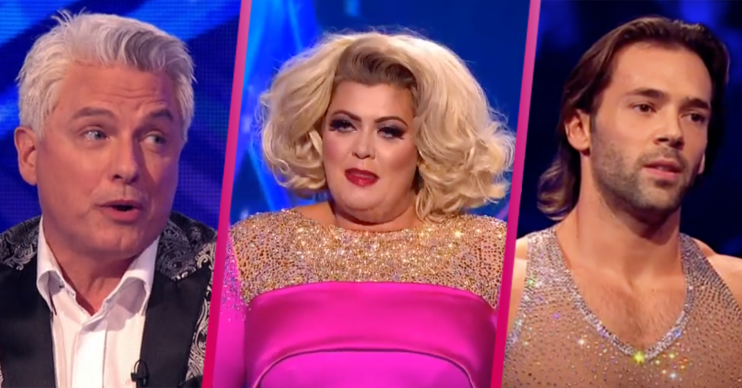 Dancing on Ice news: The skating show’s biggest-ever scandals and most explosive fall-outs

Feuds, 'fix' rumours and the Dancing on Ice curse

Dancing on Ice made news headlines yesterday (October 4), when it was announced John Barrowman would not be returning for the 2022 series.

With the line-up of celebrity contestants in the process of being announced, Barrowman’s replacement as yet remains a mystery.

However, whoever does replace him needs to strap in for what could be a bumpy ride.

Here, ED! takes a look back at some of the biggest-ever scandals to hit the show.

Dancing on Ice news: It has a curse just like Strictly

Strictly Come Dancing isn’t the only show with a so-called curse, Dancing on Ice has one too.

Coronation Street star Samia Ghadie found herself at the centre of a storm when she was paired with pro skater Sylvain Longchambon.

Read more: Jason Gardiner living in a tent after turning back on ‘toxic’ TV world

At the time, she was dating actor Will Thorp, while he was with former skating partner Jennifer Metcalfe.

However, both split from their partner – with Sylvain reportedly breaking it off with Jennifer on Christmas Day – and gave things a shot.

And it was a gamble that paid off.

The couple married in August 2016, welcoming baby Yves together in 2015.

Football ace David Seaman was paired with pro skater Frankie Poultney on the series in 2008.

They were both married to other people at the time, but later announced the end of their respective marriages.

They went on to tie the knot themselves in 2015 – and are still together today.

Dancing on Ice: Wes and Megan hit by curse

Another couple hit by the curse were Love Island stars Megan Barton Hanson and Wes Nelson after he was paired with Vanessa Bauer on the show.

Pro skater Vanessa split from her boyfriend and announced she was single just hours before the live shows.

However, the announcement didn’t go down too well with Megan.

She posted on social media: “Vanessa, love that you decide to announce your break up with your boyfriend on the night of your first performance with my boyfriend.

“You’ve never reached out to me once or invited me to watch you train, it pained you to introduce yourself to me last night, you didn’t even look me in the eye.

“Hope the tactical break up got you the headlines you wanted babe.”

The ladies eventually made up, but Wes and Megan split two weeks later.

Another couple that split after appearing on the show was model Caprice Bourett and skating partner Hamish Gaman.

It happened in the second week of the 2020 series, and saw Caprice swap partners from Hamish to Oscar Peter after making allegations of bullying against Hamish.

She later quit the show entirely.

At the time, the model’s rep told the Daily Mail: “It’s true that Caprice is no longer participating in Dancing On Ice.

“It’s been a hard few months and she’s had to keep silent for contractual reasons.

“Her mental wellbeing has been affected over the last two months and recent stories leaked to the press are not only salacious but extremely hurtful.

“Now she’s taking some time to recover and look after herself and her family.”

ITV said it found “no evidence” of bullying on Hamish’s part, with a statement strongly denying the allegations.

It read: “We take our duty of care very seriously.

“We have always been fully committed to ensuring that everyone involved on Dancing On Ice is fully supported and keep a close eye on everyone’s well being throughout the series.

“We are very proud of the brilliant team both on and off screen who deliver a fantastic show each week.”

The statement added: “We take allegations of bullying very seriously but found no evidence on Dancing On Ice and we strongly refute any suggestion to the contrary.”

Back in 2007, the series was hit by “fix” rumours when phone network Vodafone said 11,500 votes were not registered as they were “not delivered on time”.

The Evening Standard reported that some voters received a message the following morning saying their votes had been cast too late and they’d been refunded the cost of their vote.

ITV, however, said it was an “isolated problem” that represented “less than 1% of votes cast”.

The statement added: “With almost one and a half million votes cast on Saturday night, these late votes would not have changed the result of any part of the competition.”

The GC got into a heated slanging match with Jason Gardiner when she signed up to the show in 2019.

Fed up with his brutal comments, Gemma hit back and accused Jason of “selling stories” on her.

Gemma then accused Jason of “bullying” her and targeting her with “personal” comments.

Jason consulted his lawyers after Gemma’s allegations and denied her claims. He quit later that year.

Jason Gardiner made news headlines when he fell out with Dancing on Ice head coach Karen Barber back in 2011.

She was one of the show’s original judges, but moved to the coaching team in 2011 – and it’s then that she came to blows with Jason.

He humiliated her live on air with a jibe about her reduced role on the show.

After she hit back at his critique of celebrity contestant Johnson Beharry, Jason said: “If your opinion still mattered you’d still be on the panel.”

Getting up from her seat, she walked over the judges’ bench and an all-out row followed.

Later, Jason said: “All I can say is it’s a bad day at the office. Unfortunately it was in front of millions of people on live television so it will always come up like a bad nightmare. It reoccurs and reoccurs.”

ITV favourite Andi appeared on the first-ever series of the show in 2006. He was partnered with skater Tamara Sharp.

However, if his comments on Lorraine years later are anything to go by, they didn’t leave the ice as the best of friends.

“Me and my partner, we didn’t really get on. She used to refer to me to Torvill and Dean as ‘him’.

So are you looking forward to the new series? Head to our Facebook page @EntertainmentDailyFix and tell us.