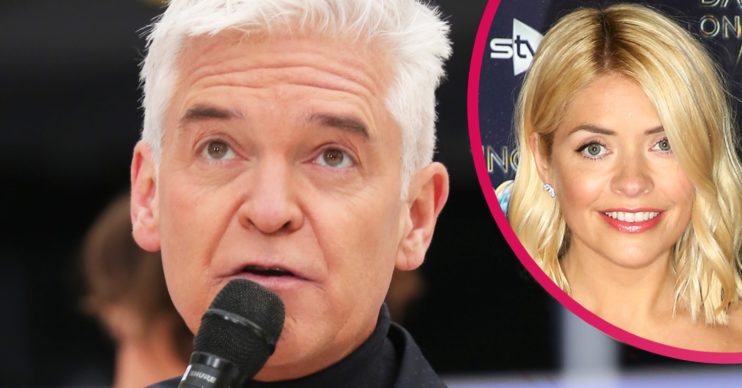 In Dancing On Ice news, host Phillip Schofield has joked about the future of the show.

Taking to social media, he confirmed that he and Holly Willoughby will still be hosting tonight’s show.

And won’t be competing – or at least not yet.

This comes as a few contestants were forced to pull out of the show.

And this has ultimately put the future of the series in jeopardy.

Taking to Instagram, Phil shared in view of his three million plus followers: “We’re still here! Haven’t been asked to skate… yet.”

Who has left Dancing On Ice?

So far four celebrities have had to pull out of the show.

First out was Denise Van Outen, who smashed her shoulder in three places while practicing for the series.

Then comedian Rufus Hound had to quit after he tested positive for COVID-19.

Finally, Joe-Warren Plant and his partner Vanessa Bauer confirmed last week that they have COVID-19.

This too forced them off the show.

Will Dancing On Ice continue?

ITV has not commented on the future of the series.

However, hosts Phillip and Holly are reportedly ‘desperately worried’ about the show.

A source told OK! magazine: “Holly and Phil are desperately worried but they have to keep going,

It added: “They’ve only got so many spare celebrities that have been training.”

To date Amy Tinkler and Matt Richardson have entered the show as latecomers – replacing the celebs forced to exit early.

However, Matt has already been voted out.

Which celebrities are left on Dancing on Ice?

In addition to Matt, Graham Bell and Myleene Klass have also been voted off.

Are you watching? Let us know on our Facebook page @EntertainmentDailyFix.