Lucrezia Millarini and Brendyn Hatfield have been booted off Dancing on Ice.

The ITV news presenter left the competition on Sunday night (19.01.20) after failing to impress in the skate-off, her second out of two of the competition. 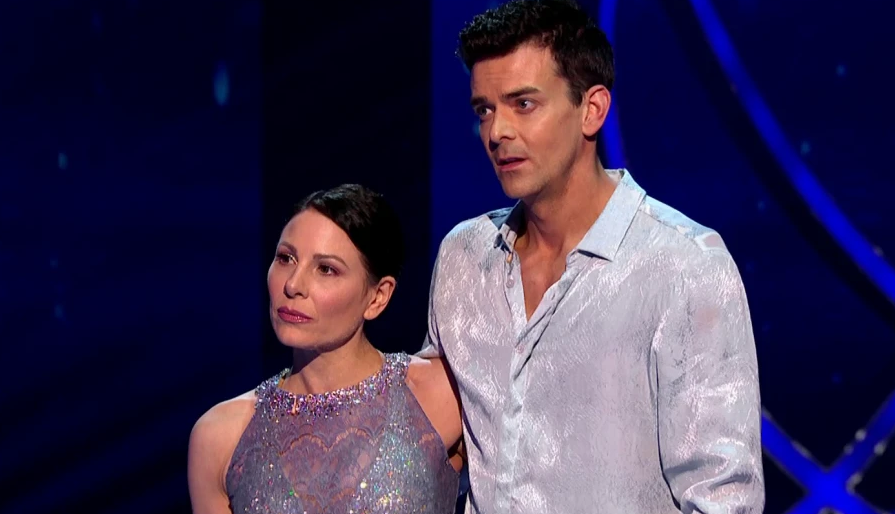 Lucrezia enjoyed her short run on the show (Credit: ITV)

Speaking after her exit, she said: "I've enjoyed it, it's been the craziest, weirdest thing I've done in my life.

"It's been real fun. This guy [Brendyn] is amazing."

Jayne Torvill, Christopher Dean and Ashley Banjo all agreed to save real-life couple Kevin Kilbane and Brianne Delcourt, who impressed with a romantic performance to the Meatloaf hit I'd Do Anything for Love (But I Won't Do That) while judge John Barrowman wanted to save Lucrezia and Brendyn after their skate to Landslide.

Giving their verdicts, Ashley said: "Technically, it was very similar so I am going to go base it on what I felt and what moved me more.

"Based on that, I'm going to save Kevin and Brianne."

John said: "I agree, both the content was very similar. It was a very difficult choice but based on what I saw, I counted wobbles in each, I am going to save Lucrezia and Brendyn."

Jayne praised the dancing duos for handling the skate off so well whilst Chris felt both had fought hard for their place in the show, but ultimately decided to send Lucrezia packing.

She said: "Both couples skated well. It's always a difficult time for you but I thought you handled it well.

"The couple that I am going to save is Kevin and Brianne."

Chris added: "Both couples I thought fought hard and really want to stay in the competition but for me, there was one that had more confidence on the ice and was a stronger skater, so I'm going to save Kevin and Brianne."

Well, Lucrezia got robbed. Amazing what going out with the pro will do for you in the show 🙄 #DancingOnIce

Poor Lucrezia was robbed!! Are the judges watching the same performances I was watching?! #DancingOnIce

Lucrezia should have gone through, other one hardly did anything! 😡 #DancingOnIce

And some we unimpressed at her exit being so abrupt, although Holly and Phil were doubtless concerned tonight's episode was about to fall off air.

Agreed with John and how fast were they going through that skate off?? That was awkward to watch. Poor Lucrezia might as well have been pushed off the ice. #DancingOnIce

Jeez could have let Lucrezia say something at the end before rushing her off. Rude #DancingonIce

#DancingOnIce Bloody hell Phillip and Holly, the show may be running over slightly but you two were pretty darn rude at the end of the skate off. #rude

Programme padded out with too much of Phil S talking rubbish. Then so rude to prevent couple who are leaving even so much as a goodbye. Terrible #DancingOnIce

Did you enjoy tonight's show?  Leave us a comment on our Facebook page @EntertainmentDailyFix and let us know!