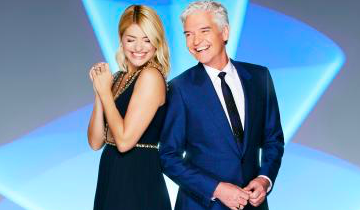 An average of 6.4 million tuned in

The first episode of the new series of Dancing On Ice had the lowest overnight ratings for a launch episode in the show’s history.

The two-hour broadcast had an average of 6.4 million viewers, with a peak of 7.6 million.

The equivalent episode for the ice skating series in 2018 – its first time back on screens after a four-year hiatus – drew an average of 7.4 million viewers.

The launch episode in 2014 achieved overnight ratings of just 6.8 million, which were the lowest figures the programme has ever had for a launch, until now.

Overnight ratings are based on viewers watching the programme when it airs on ITV and on ITV+1.

Despite the drop in viewers from last year’s launch, Dancing On Ice was still the most-watched programme on Sunday across all channels, with a 31% audience share.

Dancing On Ice, which has 12 new celebrities taking part, returned on Sunday with the likes of Grease star Didi Conn and The Only Way Is Essex personality Gemma Collins taking to the ice for the first time.

Reality TV star Collins impressed the audience with her routine to Beyonce’s Crazy In Love with professional partner Matt Evers, but won just 10 out of a possible 40 points from the judges.

Actress Conn, 67, was a crowd-pleaser as she recreated her role as Frenchie from the 1978 film, even wearing her original Pink Ladies jacket.

But her skating failed to charm judge Jason Gardiner, who said she was “static and a little bit disjointed in places”.

Six celebrities skated in Sunday’s first episode, and the remaining six hopefuls will perform in the second episode.

Former Neighbours star Little only managed to get 13.5 out of 40 for his routine to the song Down Under.

At the end of the show Little was told he had lost out in the public vote.

He and his professional partner, Brianne Delcourt, will face a skate-off to stay in the competition next week.

As well as Gardiner, Jayne Torvill and Christopher Dean have returned to the judging panel, as has Diversity dancer Ashley Banjo, and Holly Willoughby and Phillip Schofield are back as hosts.

Dancing On Ice continues on ITV next Sunday.

Did you watch last night’s launch? Leave us a comment on our Facebook page @EntertainmentDailyFix and let us know what you think of our stories.