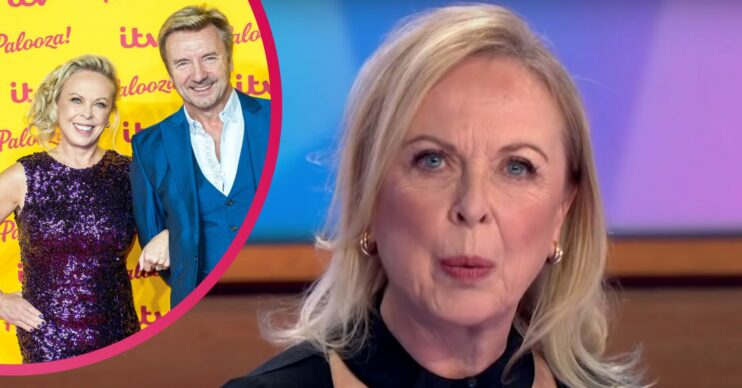 Came to light after she bagged Olympics gold

Dancing On Ice star Jayne Torvill may be one of Great Britain’s most celebrated Olympians but she has previously struggled with a health battle triggered by the pursuit she helped make famous.

Jayne, now 64, bagged gold alongside fellow Dancing On Ice judge Christopher Dean in 1984. She also won a bronze medal for her skating skills in 1994.

Between those huge achievements, Jayne came to realise she had a condition that could be worsened by her being on the rink.

But as Jayne has previously explained, she was determined not to let it hold her back.

Dancing On Ice: What health condition has Jayne Torvill addressed?

Speaking to the Mirror in 2017, Jayne revealed she was diagnosed with asthma in her late twenties.

She explained she already suffered with allergies – but it seems the quality of her breathing could be affected by temperature, too.

Read more: Dancing on Ice: All the judges in the show’s history – and the ones who left under explosive circumstances

Jayne said: “I was suffering badly with hay fever and the pollen count was particularly high when I suddenly began to wheeze. I had shortness of breath, a tightness in my chest and I was gasping for air.

“It was very frightening and I went straight to the GP, who diagnosed asthma and prescribed an inhaler. In the years that followed I started to have sporadic attacks and found skating brought it on.”

Despite the challenges her asthma posed to her career, Jayne indicated retiring from the rink didn’t cross her mind.

She continued: “The sudden change in temperature going into a colder place like an ice rink proved problematic – but changing career wasn’t an option.”

Nonetheless, Jayne did have to follow other measures to ensure she remained well.

Jayne also noted how the attacks she endured mostly occurred as she toured the US with her skating partner in the mid 1990s.

She also detailed how she did need to be given oxygen by a medic backstage.

Thankfully, the asthma attacks died down after Jayne retired from skating in 1998.

But she did experience a recurrence of symptoms in 2007 and now carries an inhaler with in case she gets breathless.