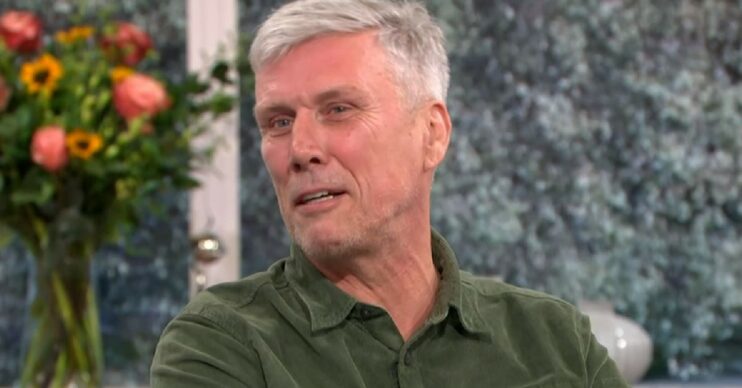 The star was announced on This Morning

Bez has been announced as the second Dancing On Ice contestant for next year’s series.

The Happy Mondays star shared the news on Monday’s This Morning with hosts Holly Willoughby and Phillip Schofield.

Bez, 57, admitted he’s more like “Bambi on ice” and doesn’t know how he got picked by bosses.

Speaking on This Morning, Bez said: “I was absolutely awful at the audition but they must have seen some potential in me.”

In addition, Bez went on to say: “I’m really looking forward to it. I’m learning a new skill.

“This is going to be a whole new experience for me.”

Meanwhile, viewers were thrilled to see Bez sign up to the programme.

One person said on Twitter: “Dancing On Ice just got very interesting with Bez as a contestant.”

No gloomy Monday around here! ✋ @Happy_Mondays Bez, reveals himself as the next star to get his skates on for @dancingonice! ⛸️✨

We can’t wait to watch you Step On that ice! 😉 pic.twitter.com/otW7vWqV9U

In addition, another wrote: “Ahh love Bez cant wait to see him on it.”

After that, a third added: “What an absolute delight #Bez was on #ITV #Thismorning. I’m sure he will be great on #DancingOnIce very entertaining.”

One predicted: “Bez is either going to be surprisingly good at #DancingOnIce, or he’ll last about a week…”

Who else is doing Dancing On Ice?

Appearing on Lorraine, Sally spoke about joining the show.

She said: “This is a massive challenge, Lorraine. It really, really is.

“I’m not getting any younger, I’ve just got to take every opportunity I get so that when I’m old I can say you know what? I gave it a go.”

When does Dancing On Ice start?

The new series will likely begin early next year.

Are you excited to see Bez on Dancing On Ice? Let us know on our Facebook page @EntertainmentDailyFix.