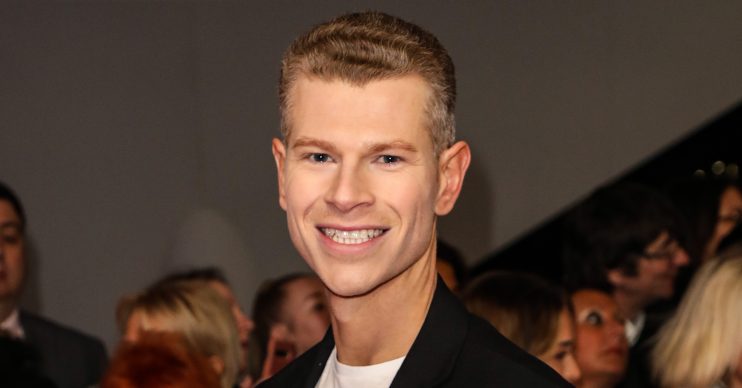 Dancing On Ice: Hamish Gaman pulls out of show after ‘worst three months of his life’

Hamish Gaman has pulled out of Dancing On Ice, saying that the last three-and-a-half months have been “the worst of my life”.

He took to Twitter to share the news with fans, saying that he had been “struggling” and “couldn’t face” dancing in tonight’s show.

Pro-skater Hamish was embroiled in the Caprice Bourett controversy after she sensationally quit the show. Rumours of bullying flew around, which was something both Hamish and ITV denied.

I’m sad to say that I’ve pulled out of appearing on @dancingonice tonight.#DancingOnIce ❤️ pic.twitter.com/Y2XzA3Of2n

Hamish, 36, began his heartfelt message by saying: “I’m sad to say that I’ve pulled out of appearing on @dancingonice tonight.”

He then shared a longer explanation.

“Hi everyone,” he began. “I’m sad to say that I’ve pulled out of appearing on Dancing On ice tonight.

The past three and a half months have been the worst of my life, and I’m struggling.

“The past three and a half months have been the worst of my life, and I’m struggling. It might look like things have been calming down, but they haven’t.

“Numerous defamatory articles have been stopped from running in the press over the past few weeks. These untrue stories are continually being fed to the press by a ‘source’.

“I’ve been told by various people where these articles and source quotes are coming from, and it’s clear that they’re trying to destroy my reputation.

“It’s become relentless and I feel extremely vulnerable. I’m asking them to stop.”

He continued: “I desperately want to move on from all of this and focus on the skating. I’ve done absolutely nothing wrong, and was told by the team who reviewed all the rehearsal footage that I was an ‘exemplary pro’.

“I can only hope that this will be all over soon.

“I’m so sorry to not be on the ice tonight, but I couldn’t face it.

“Thank you for your support and kind messages.”

After Caprice, 48, quit, Hamish broke his silence and thanked fans for their support.

“Honestly, I’m not okay,” he said, “but I’d like to thank Amelia, my pro family and ITV for doing all that they can to support me.

“I’m comforted knowing the truth always comes out in the end, and I hope we can focus on the skating again now.”