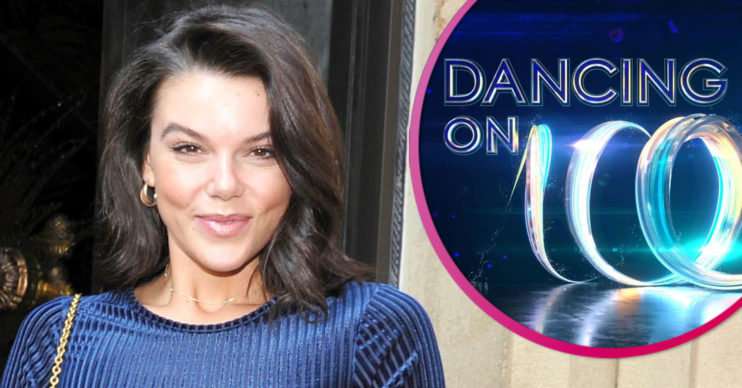 Dancing On Ice: Faye Brookes ‘signs up to show’ after leaving Coronation Street

The 33-year-old actress is believed to have signed on the dotted line for the show’s upcoming thirteenth season.

The exciting gig will be Faye’s first on-screen appearance since waving goodbye to ITV soap, where she played Kate Connor.

A source told The Sun: “Faye will bring the glamour to the ice and DOI bosses are over the moon she’s chosen to put her skates on this year.

“With her top class acting skills she’s sure to impress the judges in the performance stakes.”

Who will be joining Dancing On Ice alongside Faye Brookes?

According to reports, Jason Donovan and Denise Van Outen will both be joining Faye on the ice.

Meanwhile, Denise is believed to have “signed a £40,000 deal” with the ITV show.

Wayne Bridge and former TOWIE star James Argent are also in the line-up.

Why did Faye turn down I’m A Celebrity… Get Me Out Of Here?

Faye reportedly pulled out of I’m A Celebrity soon after her split from former fiancé Gareth Gates, 36.

The soap star was due to take part in the 2018 series, but apparently changed her mind at the last minute.

Read more: Tina O’Brien supported by Coronation Street co-stars as she hits back at body-shaming trolls

Since then, Faye has found love with new man and personal trainer Joe Davies.

The couple – who bonded over their mutual love of fitness – often take to social media to update fans on their blossoming romance.