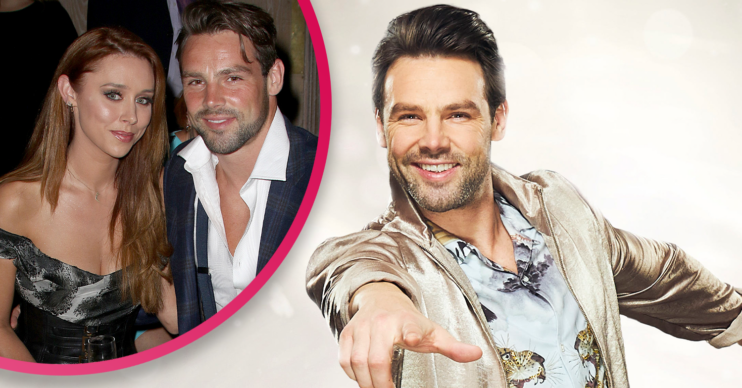 Dancing on Ice contestants: Why did Ben Foden split from ex-wife Una?

Rugby star Ben Foden is among the contestants taking to the ice in tonight’s Dancing on Ice (January 23).

Ben is partnered with pro skater Robin Johnstone, who was paired with Rufus Hound on last year’s show.

She’ll be hoping to avoid controversy after last seaons’s headlines, and might even be in with a chance of winning after Ben admitted he does have some skating experience…

Dancing on Ice contestants: Ben Foden’s in it to win it

Ahead of the first live show, Ben admitted: “I used to skate when I was a kid.

“I used to go to ice discos when I was 15/16. I could skate and I was alright but you’d always see these kids that could do pirouettes and you could tell that they had a proper dancing background.”

As a sportsman, Ben admits he is “quite competitive”.

And he revealed: “I like the challenge of competing against others doing something that I’m not necessarily good at.

“I skated when I was a kid, I am a professional athlete so I’m used to a pressured environment. I have the tools to do well so I put a lot of pressure on myself to do well,” he concluded.

Ben has an ulterior motive for doing the show too, he admitted.

“I’ve been stuck in New York and haven’t seen my family for a long time. So it’s a great excuse to get back home.”

However, it seems Ben’s family don’t feel quite the same as the rugby ace.

He said ahead of the first live show: “My parents are quite oblivious to all this sort of stuff, it’s so far out of what they do or what they’re used to.

“I have spoken to them about it but they just think I’m a little bit mental. Why would you want to do this on live TV in front of thousands of people?

“They will support me and they’ll love coming down and watching. They support me in everything I do.

“My dad will be: ‘Just don’t embarrass us!’ So there is added pressure from the family to do pretty well,” he concluded.

Who else will be supporting Ben?

Chief cheerleader will no doubt be Ben’s new wife Jackie.

The pair caused quite the storm when they tied the knot back in 2020 – just two weeks after they met.

The couple now have a daughter, Farrah, together, who they welcomed the same year.

Why did Ben and Una Healy split?

Ben’s marriage to Jackie wasn’t his first trip down the aisle.

He was previously married to Una Healy from The Saturdays – and this week he revealed that he thinks he owes her an apology.

Ben admitted he could’ve handled the situation better when it came to marrying Jackie, revealing that he “shocked” Una with the news.

Of course, the new wedding came just 18 months after his marriage from the singer broke down.

Earlier this week, Ben told OK! he was “very selfish” marrying Jackie so soon after his split from Una.

“Obviously, what I did was very selfish in regards to Una. I think it was a shock to her, me getting married so quickly,” he said.

Ben continued: “Una and I hadn’t been together for a year and a half but I think what made it bad was it was such a big thing in the media and it was everywhere.

“So I did owe her an apology for that and should probably have let her know a bit more about what was going on.”

What is Ben Foden famous for?

Most recently he’s been playing out in the States for Rugby United New York.

You’ll have also seen him flexing his vocal skills on The X Factor: Celebrity back in 2019.

He formed a group called Try Star with Levi Davis and Thom Evans.

They reached the semi-final and finished in fifth place.

Surely he’s hoping to do better with his latest foray into the world of TV talent shows.

Head to our Facebook page @EntertainmentDailyFix and tell us who you’re supporting.