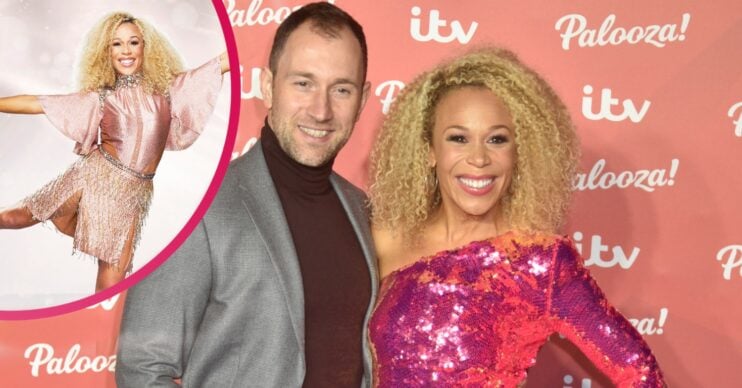 Dancing On Ice: Ria Hebden booted off after skate-off with Rachel Stevens

Ria is excited to 'inspire mums, dads and everyone to give things a go'

Dancing On Ice returns is in full swing now, with TV presenter Ria Hebden the latest to be booted off.

She lost out to Rachel Stevens after the skate-off

When asked why she decided to give Dancing On Ice a go, she said: “It’s such an opportunity.

“It’s always a really aspirational and uplifting show at a cold time of the year when there’s nothing much fun on the telly.”

Sadly her time on the show is up – but here’s everything you could possibly want to know about her!

Dancing On Ice contestants: Who is Ria Hebden?

Ria is known for her presenting slot on ITV’s Lorriane every Friday.

She also co-presented All Around Britain with Alex Beresford.

Ria’s passion for diversity and her hard work has also won her many award nominations in recent years.

She was even nominated for the New Talent Award at the 2019 Women in Film & Television Awards.

Ria owns her own production company

This is where she produces her digital talk show, Wonder Women TV.

Read more: Philip Scofield takes a swipe at Strictly ahead of Dancing On Ice return

On her talk show, Ria has interviewed an impressive list of celebrities.

Ria talked with Sandy Toksvig and Kim Cattrall about the #MeToo movement.

She also interviewed Idris Elba and John Boyega about the ongoing diversity issue in British television.

This is where they try to bring together women in the TV and creative industries.

Who was Ria’s partner on Dancing On Ice and can she skate?

Ria was so excited to compete on the “biggest, sparkliest show ever”.

She told ITV: “This is an exciting challenge where I’m hoping to go on a journey and learn lot’s about myself.”

She shared the news about her pro partner Lukasz Rozycki on her Instagram after he surprised her on Lorraine.

She captioned the post: “I’m thrilled to be partnered with @icelukasz on @dancingonice. I cannot believe he surprised me live on national TV! I had no clue!”

When it comes to skating experience, Ria admits she tried it as a child, and more recently at a festive open-air pop-up ice rink in London.

So it seems she’s by no means pro…

Does Ria Hebden have children?

Ria is married to husband Mark and the couple have two children together, Noah and Lula.

Ria prefers to keep her family life private, but she was excited for them to be cheering her on during her time on the ice.

She said: “Noah is 11 and Lula is four and I’m always saying to them: ‘You’ve got to try new things’ and encouraging them and supporting them.

“It will be really nice to go on this journey and have them supporting me.”

Dancing on Ice continues on Sunday, February 6 at 6.30pm on ITV.