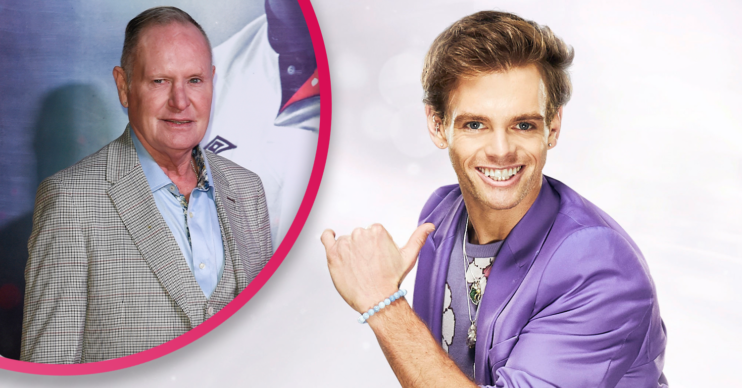 Dancing on Ice cast: Does Regan Gascoigne speak to dad Paul after wishing he’d ‘go away’?

Dancing on Ice welcomes Regan Gascoigne to the cast tonight (January 23), joining the other 11 hopefuls battling to win the show’s coveted trophy.

And it’s fair to say that he can’t wait to get cracking, readily admitting he’s a daredevil who wants to wear the most “out there” costumes.

Does Regan speak to his dad?

As you might have been able to tell by his surname, Regan’s dad is famous England footballer Paul “Gazza” Gascoigne.

The pair have had a fractious relationship over the years after Paul walked out on now ex-wife Sheryl and their family when Regan was a baby.

He has since struggled with addiction and other mental health issues.

In a documentary filmed by Regan and his siblings in 2009, he said he wished his dad would just “go away”.

Read more: All the judges in Dancing on Ice history – and the sometimes explosive reasons they left

He is filmed admitting: “If I could wish, I’d wish that he would go away from us.

However, tension between the two is now in the past, Regan recently told Lorraine Kelly.

Gazza has also spoken out about his relationship with his son.

“When we get together we just feel like we’ve never been away from each other. Now we hang out as mates. It’s special, I feel lucky. We never talk about the past, ever,” he said.

Dancing on Ice cast: How is Regan Gascoigne famous?

Aside from being Paul’s son, Regan is also a singer and dancer.

He’s performed with Urban Voices Collective, in the Nutcracker with the English National Ballet and as a singer in ITV’s the Real Full Monty.

Regan discovered his love for the performing arts at the age of six.

He then studied musical theatre at a performing arts school.

Regan has a half-brother and half-sister – Mason and Bianca – from mum Sheryl’s marriage to Colin Kyle.

Paul adopted Mason and Bianca when he and Sheryl married and they took his surname.

Asked how his family feel about him joining the cast of Dancing on Ice, Regan admitted they’re happy for him – but think he’s “mad”.

“They are just so happy for me, they are ecstatic because they know how much I’ve always wanted to do it,” he said.

“My mum thinks I’m mad. She’s like this is dangerous!

“But mainly they’re excited for me because they know how much I want to do it. My mum is more buzzing than anything else.”

How did Gazza react to Regan’s bisexuality?

Regan revealed he was bisexual in a newspaper article last year.

At the time, he told Lorraine Kelly: “I’ve never actually come out. I’ve never made a point of coming out. I’ve just let it happen organically.”

Speaking about telling his footballer father, Regan said: “When they asked me if I told Dad I said no.

“But then I saw the article and headline and thought, oh I’ve got to text him now.”

Regan went on to explain his fathers response was exactly the one anyone could have asked for.

Paul told his son: “I still love you no matter what.”

Regan made a cheeky confession ahead of his first live performance.

He revealed that he’s skated when he was eight.

“I did like two lessons because we lived near an ice rink but then I stopped,” he said.

He then made his confession…

“However, I will confess that I did book one lesson when I was coming up to my audition! I just thought there’s no way I want to go into that audition without just preparing a little bit,” he said.