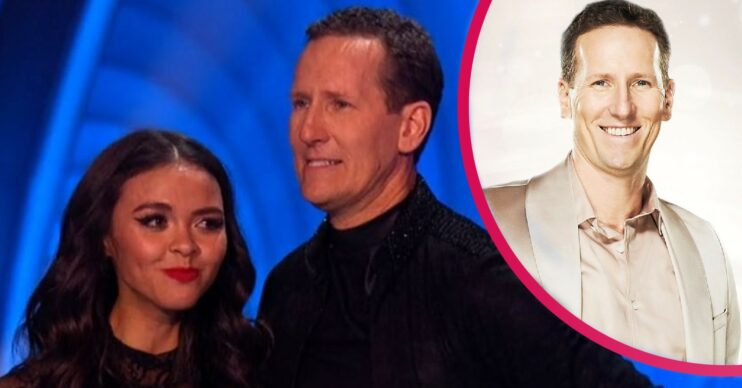 The ITV show is back!

Dancing On Ice viewers have defended Brendan Cole after he was hit by ‘unfair advantage’ claims.

The former Strictly Come Dancing pro made his debut on the skating show last night alongside his professional partner Vanessa Bauer.

And he wowed the judges with his routine, bagging top of the leaderboard with 30.5 points.

However, some people took to Twitter to claim Brendan had an “advantage” because of his dancing experience.

Torvill and Dean called the performance the best first skate they had ever seen across all series.

However, it didn’t take long for viewers to express their criticism on Twitter.

Does Brendan have an ‘advantage’?

Many claimed that Brendan had an advantage because he’s a dancer.

One person wrote: “Professional dancers are not good to watch unfair advantage.”

Another added: “Even if dancing and skating are two different things, Brendan has still got a head start because he’s a dancer.”

One said: “It 100% gives you an advantage if you are a professional dancer on #DancingOnIce.”

However, many of Brendan’s fans jumped in to defend him and insist dancing and skating are two very different skills.

Another wrote: “Brendan was great! Yes he’s a dancer, but he has had to learn to ice skate, everything he knows is different on ice.”

One said: “What an opener Brendan did good. I know there will be people saying he’s a dancer but it’s now on ice.”

What has Brendan previously said?

Elsewhere, Brendan has previously discussed his own dancing experience.

Brendan said that the skating aspect gives them all a level playing field.

He told the Daily Star: “There are a few of us who have had dance experience on the show. I think it’s exciting to see what everyone is going to bring.”