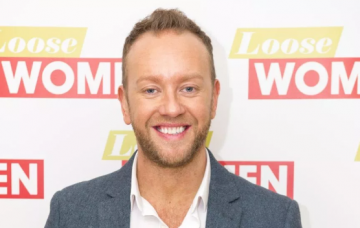 Dancing on Ice creative director Dan Whiston has told viewers to “watch this space” for potential upcoming romances on the new series.

The 42-year-old ice skater who won the first series of the show in March 2006 with actress Gaynor Faye  believes there could be some juicy love stories on the show this year, because it has happened before.

Speaking to The Sun Online, the he explained: “I understand why people fall for their partners sometimes because you work so closely and have such a close relationship.

“It’s happened before and it will happen again, so I will say watch this space.

“Sometimes boundaries are crossed, however, sometimes it can’t be helped, things develop, things happen and love and relationships do blossom.

“So watch this space on that front.”

Similar to Strictly, DOI has had its fair share of romantic developments between contestants over the years the series has aired on ITV.

Former England footballer David Seaman married Frankie Poultney in 2015, after partnering her on the ninth series of the show in 2014.

Sylvain Longchambon also met his future wife on the show when dancing with Corrie actress Samia Ghadie in 2013.

He was previously also in a relationship with Jennifer Metcalfe, who he danced with during the 2011 series.

Dan made the comments after judge Jason Gardiner pondered the ‘Strictly curse’, admitting similar behaviour goes on during Dancing on Ice’s run.

However, he said DOI “doesn’t make a song and dance about it”.

But after it was revealed last night’s series opener drew the lowest launch ratings in show history, producers may be hoping a celeb relationship could spice DOI up sooner rather than later.