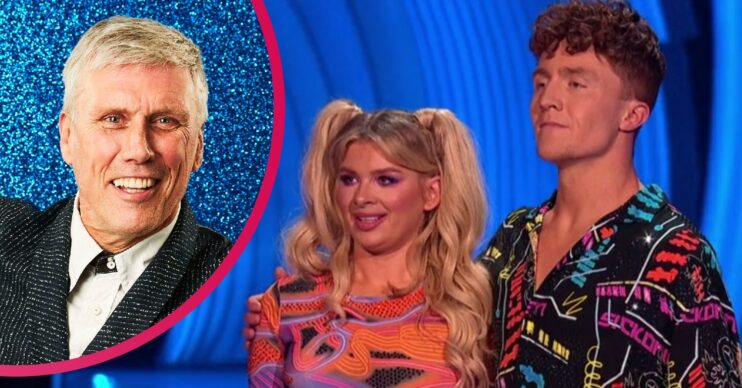 Dancing On Ice viewers were furious last night as Bez and Sally Dynevor avoided the skate-off, despite having the least amount of points on the board.

Some viewers of the show even went so far as to brand last night’s elimination a ‘fix’ as Bez and Sally survived another week.

What happened to Bez and other contestants on Dancing On Ice last night?

Last night’s Dancing On Ice saw the celebrities and their partners perform routines inspired by their favourite things.

Kimberly Wyatt and Mark Hanretty topped the leaderboard again, as did Regan Gascoigne and his partner, Karina Manta.

Read more: Dancing On Ice: Bez admits ‘guilt’ over still being on show

At the other end of the leaderboard were Bez and his partner Angela Egan. Their skate to the tune of ‘Walking On Sunshine’ only received a score of 19.5.

Sally was 8th on the leaderboard, with 26.5 points. She skated to George Michael’s ‘Faith’.

However, despite their poor score, it wasn’t Bez or Sally who had to face the dreaded skate-off. It was Love Island star Liberty Poole and Olympian Kye Whyte.

Despite picking up scores of 28 and 28.5 respectively, it wasn’t enough to keep them from being voted in the bottom two.

Liberty and Kye found themselves in the bottom two, leading to them having to go up against each other in the skate-off.

The judges ultimately decided to save Kye and Tippy, with only Oti Mabuse voting to save Liberty and Joe.

“I’ve honestly enjoyed every second,” Liberty said of her time on the show.

“I’m proud of myself because I pushed myself this week,” she continued. She then thanked the crew behind the scenes, her mum, and her skating partner, Joe.

As Liberty and Joe took their lap of honour, the audience, which also featured some Love Island stars, gave them a standing ovation.

How did the audience react?

Despite Liberty and Joe being all smiles as they were eliminated, not all viewers were as happy.

Many were furious that Bez and Sally had missed out on being in the skate-off, yet again. Some even went so far as to brand the result a ‘fix’ on Twitter!

“These two do NOT belong in the bottom two. Bloody Sally and Bez through again means yet another good one is going out. This is an absolute fix. Disgusting,” one viewer ranted.

Read more: How much is Dancing On Ice star Bez worth? What’s Bez short for?

“Seriously it’s becoming a joke now. Liberty can skate, Bez can’t!” another said. “Such a fix it’s embarrassing and rude to all the skaters who get sent off!”

“It’s so ridiculous, Bez he should of been in the skate-off and been voted off I tell you something I’m not watching Dancing On Ice again this series it’s a fix!!!!!” a third tweeted.

One viewer wasn’t as angry to see Bez through to next week though.

“We’re all voting Bez to the final right?!” they wrote.

Dancing On Ice continues Sunday, February 20 at 6pm on ITV and ITV Hub.