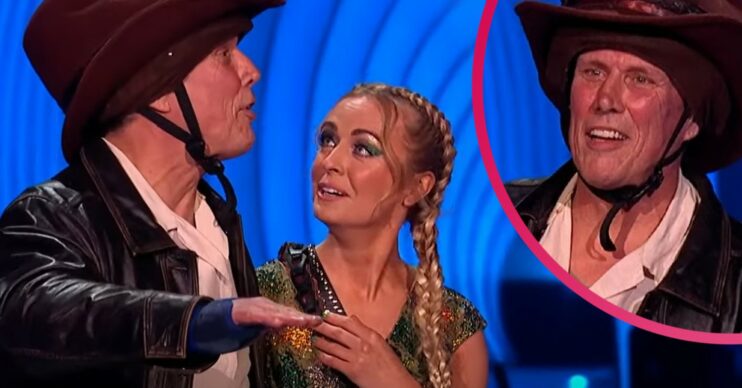 Dancing On Ice: Bez ‘at less risk this weekend’ thanks to routine

Bez is apparently set to be flown around the studio on Dancing On Ice this weekend.

Bez , 57 is partnered with Angela Egan on the ITV skating competition.

Despite not having much skill on the ice, he has sailed through recent rounds.

His latest routine could be a little easier for the star as it won’t require as much time on the ice.

He will apparently fly across the ice riding a giant bat while wearing leathers and a biker helmet.

The performance is part of the show’s Musicals Week. Bez’s dance has been inspired by the Bat Out of Hell stage production.

It will pay tribute to Meat Loaf, who died last month (January) aged 74.

An insider told The Mirror: “There are strict safety measures in place. However, Bez actually seems to be at less risk when he’s floating up in the air on a giant bat.”

Bez is a longtime fan of Meat Loaf and the Bat Out of Hell music.

He said previously: “When I was growing up, Bat Out of Hell always used to be on the pub jukebox. It brings back happy memories of my childhood.”

Read more: How much is Dancing On Ice star Bez worth? What’s Bez short for?

How’s Bez been on the show?

Meanwhile, Bez has been struggling with his place in the competition in recent weeks.

As a result of his lack of skills on the ice, he’s been wearing protective gear to spare him from injury.

“Because I have got every pad on, I’m about to bounce back up,” he said. “But I’ve come to terms with it now, me and the ice are not naturally suited.”

Dancing On Ice continues Sunday, February 20 at 6pm on ITV and ITV Hub.

Meanwhile, what do you think of this story? Share your thoughts with us on our Facebook page @EntertainmentDailyFix.