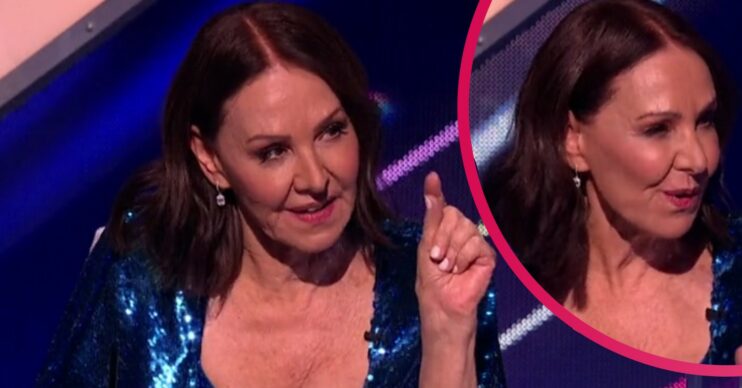 Dancing On Ice viewers all had the same complaint to make about guest judge Arlene Phillips during last night’s show (Sunday, February 20).

Fans of the show accused the former Strictly Come Dancing star’s scores of being “all over the place” last night.

Last night’s Dancing On Ice saw Happy Mondays star, Bez, finally leave the show after weeks of viewers calling for him to go.

The 57-year-old only managed to pick up 22.5 points for his skate with Angela to the tune of Bat Out Of Hell.

Bez and Angela were then forced to take part in the dreaded skate-off, and it didn’t go well for them.

Surprisingly, it was Bez’s partner, Angela, who fell on the ice during their final skate, not Bez.

All five judges voted to save Coronation Street star Sally Dynevor over Bez, and so the Happy Mondays star finally bowed out.

“I’ve loved every moment,” Bez said of his time on the show. “At least I can go to the ice rink at Christmas and put in a decent show.”

Arlene Phillips on Dancing On Ice

Elsewhere, Arlene joined the judging panel this week as a guest judge.

The ex-Strictly judge certainly made an impact on the panel, as she awarded the first 10 of the series!

Brendan Cole and his temporary dance partner, Brendyn Hatfield, were the recipients of the incredible scorecard. Their skate to “Beggin'” by the Jersey Boys was branded “perfection” by Arlene.

“As far as I’m concerned, they hit perfection tonight on this Jersey Boys theme musical theatre,” she said.

“That means a lot, thank you,” Brendan said.

The duo eventually walked away with 47 out of a possible 50, putting them in second place, just behind Kimberly Wyatt and Mark Hanretty.

What did viewers say about Arlene Phillips on Dancing On Ice?

However, not all viewers were as happy as Brendan with Arlene on the show – with many complaining that her scoring was “all over the place”.

“Arlene’s scoring is a bit all over the place tonight – and she keeps tripping up over her words. They need to wheel her back away,” one viewer said.

“Oh [bleep] Arlene your scores are all over the place,” another complained.

Other viewers were happy to see the 78-year-old on the show and had no issue with her scores either.

“As much as I can’t stand Arlene, I have to agree with her scores… she’s telling it how it is!” one said.

“Dame Arlene Phillips is an expert in the field so her scores are more realistic which is why she has been brought in. The other judges score high for their own popularity!!” another said.

Dancing On Ice continues Sunday, February 27 at 6.30pm on ITV and ITV Hub.